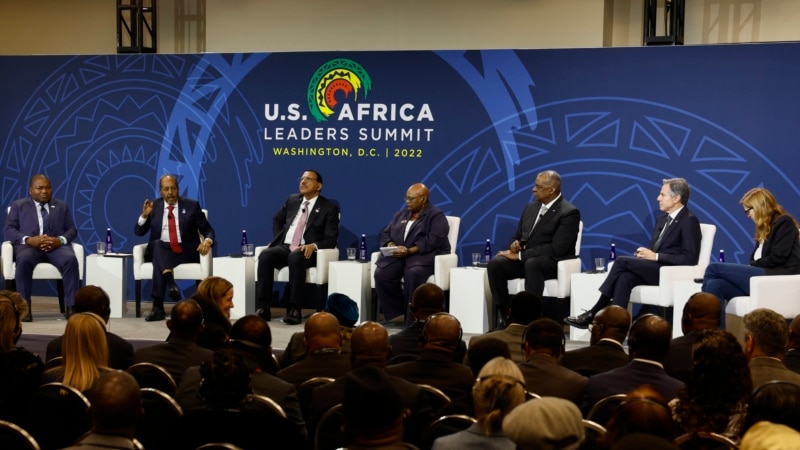 The US-Africa summit is taking place in Washington DC. The summit, which began today, will last three days. The aim of the summit, US officials say, is to close the gap in trust with Africa, however small.

Various events and conferences will be held within the framework of the summit.

President Joe Biden will address the forum as part of the events and host a dinner for the 49 heads of state and government invited to the summit.

President Biden is expected to announce his proposal to include the 55-member African Union in the G-20 at the summit.

Biden is not expected to face the leaders one-on-one.

Has the US fallen behind in its African policy?

Although China, Russia, India, Turkey, and the United Arab Emirates have made significant progress towards Africa recently, there are concerns that the United States is lagging behind in this regard.

A New York Times report on the matter draws attention to the fact that Turkey has opened dozens of new offices in Africa and that Turkish companies are building airports, hospitals, mosques and sports stadiums on the continent.

China has investments in almost every African country. Beijing’s trade with Africa has topped $250 billion.

Before the summit, the Biden administration unveiled a $55 billion investment plan for the African continent.

The White House also appointed a special representative for Africa.

Countries in which military coups took place were not invited to the summit.

While fertility is declining in many parts of the world, Africa’s population is expected to double by 2050. In this case, it is interpreted that the continent will become a big market for the whole world. Africa’s resources, including rare minerals, will be of great importance for electric vehicles in the future.

American officials say that agreements between African and American companies are expected to be signed at the summit. The summit will also become an arena for initiatives to develop the digital economy of the continent.

Some experts point out that talking about respect and shared values ​​at the summit may not be enough for African leaders.

According to Michelle D. Gavin of the African Studies Department of the Council on Foreign Relations, African leaders will want to see debt relief or debt relief.

News “Turkey is not among the most risky countries.” News headlines ...