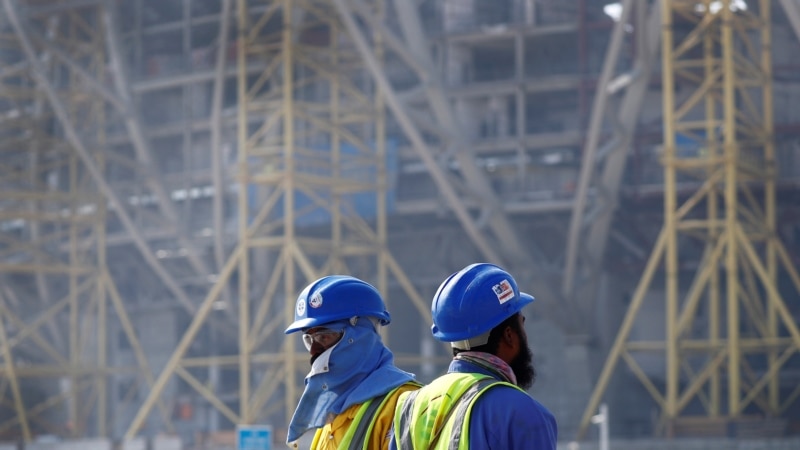 The European Parliament voted for a bill calling on FIFA to pay compensation to the families of migrant workers who died preparing for the World Cup in Qatar, or workers whose rights were violated.

MEPs also called on the Qatari authorities to conduct a full investigation into rights violations ahead of the World Cup.

The resolution also condemned reports of mistreatment of the LGBTQ+ community in Qatar and called on the country to decriminalize homosexuality.

During the session, some MEPs were seen wearing OneLove anti-discrimination headbands. Team captains from seven European countries who wanted to wear the armband during the World Cup were stopped by FIFA, warning they would receive a yellow card.

The Qatari government has not yet responded to Reuters’ request for comment on the matter.

Since FIFA decided to host the FIFA World Cup in Qatar in 2010, some labor laws in the country were changed ahead of the World Cup. Human Rights Watch said members of the LGBT community were detained during pre-World Cup matches. The organizers, on the contrary, said that their doors are open to everyone at every opportunity.

FIFA’s announcement that the “OneLove” (TekLove) armbands that European teams plan to wear during World Cup matches in Qatar will result in a yellow card.

The football federations of England, Wales, Belgium, the Netherlands, Switzerland, Germany and Denmark expressed their disappointment with FIFA’s decision in a joint statement. The federation said in a statement that they will urge captains of teams they don’t want to face sanctions against not to wear armbands.

In addition to football federations, organizations such as Amnesty International and LGBT rights groups have reacted to FIFA’s practice, with US Secretary of State Anthony Blinken also criticizing the decision. Speaking at a press conference with Qatar’s foreign minister, Blinken said: “Every situation where we see restrictions on freedom of speech causes concern.”

The latest news is that the EU is preparing new sanctions against ...