News of a knife attack at a train station in Paris. Last Minute France, England headlines and events 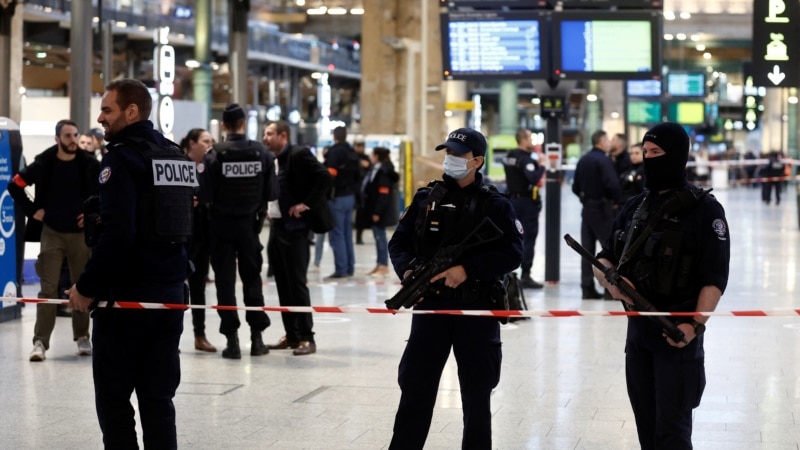 PARIS. A knife attacker wounded 6 people, 1 of whom was a police officer, at the Gare du Nord, the largest train station in Europe, in Paris, the capital of France. The suspect was neutralized after the police opened fire.

It was stated that the condition of one of the wounded was serious and that the life of the injured suspect was still in danger.

It is noted that as a result of the attack, which occurred around 07:00 local time, a police officer who was an employee of the Border Police Group (PAF) was injured.

French Interior Minister Gérald Darmanin shared on his social media account: “This morning at the Gare du Nord, an attacker wounded several people. He was quickly neutralized. Thanks to the police for their effective and courageous intervention.”

“One of the 6 victims is in serious condition”

The Minister of Internal Affairs Darmanin, who arrived at the scene, reported on the attack: “At about 06.42 a man with a cutting tool in his hand began to threaten people in the area of ​​the department. He attacked the stairs and began to attack. “He was neutralized by shelling. The danger to his life remains. We learn that the condition of one of the 6 wounded is serious,” he said.

Darmanin did not confirm “rumors that the suspect uttered words that the attack was a terrorist act” during the attack, saying the suspect was not identified on his person, so his identity could not yet be established.

Gare Du Nord, which is the largest train station in Europe and connects the northern suburbs of Paris with the city center, is visited daily by about 700,000 people.

The attack was organized in front of the escalators leading to the Eurostar station. The assailant wounded one man in the throat, and lightly wounded others in the shoulder and chest.

Although the police intervened less than 2 minutes later, the attacker injured 6 people, 1 seriously. The attacker was intervened by three border guards who were returning home after performing their duties. When the suspect wounded one of the policemen, two other policemen fired three shots and neutralized the attacker.

The suspect, who was taken to the hospital by emergency after receiving first aid, continues life-threatening injuries to a man with wounds to his throat.

Three people died in an armed attack on the Ahmet Kay Kurdish Cultural Center in Paris on January 23, and the attack was determined to have been carried out by a 69-year-old French far-right opponent of immigrants and foreigners. .

We did not become the managing partner of the Gokhan Dogru office: ...

TTB President Shebnem Korur Finkanji, who was sentenced to 32 months and ...