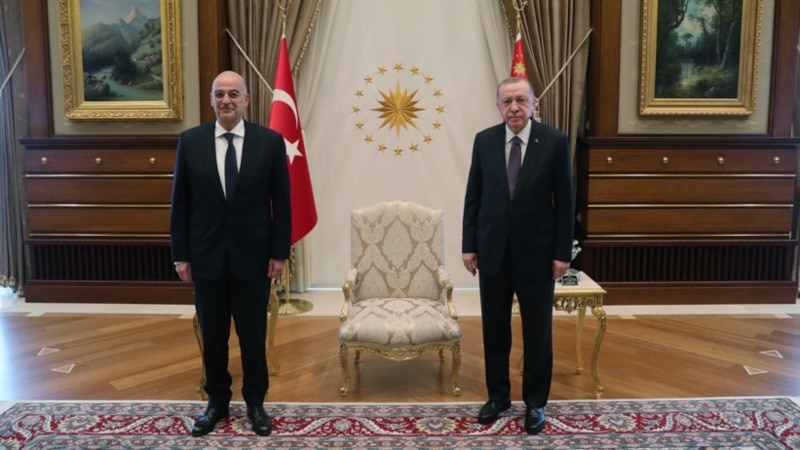 The reaction of Athens to the missile threat to Greece by President Recep Tayyip Erdogan was harsh. Greek Foreign Minister Nikos Dendias said: “The threat of a missile strike against Greece by a NATO member and an ally country is unacceptable and must be universally condemned.”

Dendias, who was in Brussels for a European Union foreign affairs meeting, said, “North Korea’s position cannot and should not be extended to the North Atlantic Alliance.”

President Recep Tayyip Erdogan, at a meeting with youth in Samsun over the weekend, said that Turkey had started producing its own short-range ballistic missiles called Typhoon and that these missiles scared Greece.

“Now we have started building our missiles,” Erdogan said. This production, of course, scares the Greek. “A Typhoon missile hit Athens,” he says. Of course he will. If you don’t keep calm, if you try to buy something from America to the islands, from here and there, a country like Turkey probably won’t pick pears, it has to do something.”

Representative of Greece: “We are determined and ready”

Relations between the two neighbors and NATO allies have long been strained over the continental shelf in the Aegean and a dispute over energy rights in the Eastern Mediterranean. Over the past 50 years, the two countries have come to the brink of war three times.

In recent months, as Ankara has tightened its rhetoric, government officials have argued that Athens has violated international agreements by questioning the sovereignty of some of the Greek islands.

A Greek spokesman said: “Mr. Erdogan thinks he can do the irrational and unfair by repeating it as logical and fair. This will not happen,” he said.

The spokesman said that Greece is always ready to defend its sovereignty, rights and rights in accordance with international law.

Akar: “We can’t let this happen”

National Defense Minister Hulusi Akar described Greece as “apart from unreasonable, logical and illegal demands and demands; He claimed to have heightened tensions with provocative actions and aggressive rhetoric.

Turkey accuses Greece of stationing troops and weapons on the islands of the Aegean Sea, saying it is a violation of agreements requiring the demilitarization of the islands.

National Defense Minister Akar, who was present today in a video conference with commanders, also referred to these accusations and said: “We can never accept a fait accompli. We expect some Greek politicians and military to immediately abandon their provocative positions adopted for domestic political purposes, focus on solving problems through dialogue and learn from history. Those who want their future to be better must give up yesterday’s and today’s mistakes.”

News “The United States does not approach the negotiations in Istanbul constructively.” ...

News about new sanctions from the EU to Iran. Last Minute ...