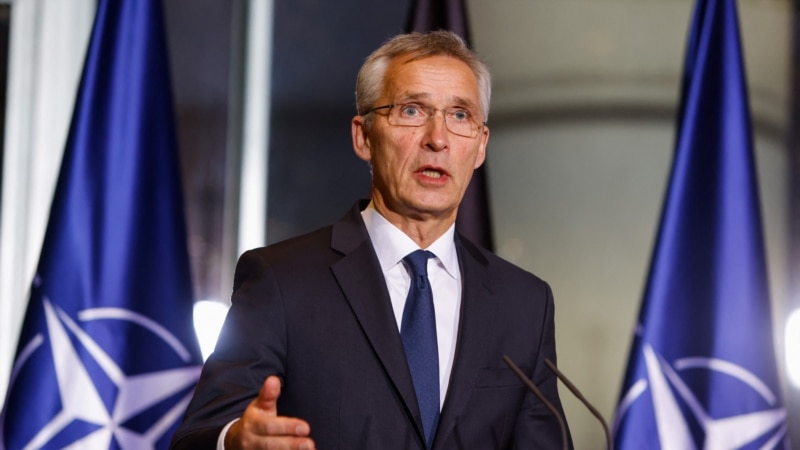 NATO Secretary General Jens Stoltenberg said it was time for Sweden to join the alliance as it took the necessary steps to get Turkey’s approval.

In an interview with the Swedish newspaper Aftonbladet, Jens Stoltenberg said: “I said it was time for Sweden to complete the ratification process. I am sure that Sweden will become a member of NATO. I don’t want to give an exact date for this. It was an unusual and fast membership process that had been rare until now. It usually takes years,” he said.

Sweden and Finland decided to join NATO, ending their policy of not joining a military alliance after Russia invaded Ukraine in May.

The accession of two countries to NATO requires the unanimous approval of all members of the alliance.

Turkey opposed the membership of the two countries on the grounds that they hosted PKK fighters and demanded that Sweden and Finland extradite those suspected of terrorism-related offenses to confirm their NATO membership.

Foreign Minister Mevlut Cavusoglu said last month that Sweden had not fulfilled even half of its commitment to receive Ankara’s support.

The Prime Minister of Sweden said: “The decision is now up to Turkey.”

Swedish Prime Minister Ulf Kristersson said during a conference yesterday that his country has fulfilled its obligations in this process and that the ball is now in Turkey.

“Turkey agrees that we do what we promise and wants us to do what we cannot do,” the Swedish Prime Minister said.

Speaking at a press conference after a conference he attended, the Swedish prime minister said Turkey’s demands went beyond the agreement between the three countries.

Swedish Prime Minister Ulf Kristersson said that the law against joining terrorist organizations has been enacted and Turkey is known to have released the names of people whose extradition is being requested. However, the Prime Minister of Sweden said: “It is also known that Sweden has very clear laws and it is up to the courts to decide. We do not extradite Swedish citizens to other countries,” he said.

No reaction from Turkey to the statements of Kristersson or the NATO Secretary General has yet been received.

Turkey and Hungary have not yet ratified

Sweden and Finland agreed to resolve Turkey’s security issues, including the deportation and extradition of people associated with the PKK or the Fethullah Gülen movement. The Turkish government accuses Gülen of plotting a 2016 coup attempt, which Gülen denies.

In Sweden, the Supreme Court has refused to extradite journalist Bulent Kenesh, whom Turkey has accused of being one of the coup plotters. Bülent Kenesh, who was granted asylum in Sweden, was the editor of the English-language newspaper Today’s Zaman, owned by the Gülen movement.

News about the January 6 Congress attack benchmark and calls for “Bolsonaro’s ...