News In France, they discussed retirement at 65. News headlines and events from Last Minute France 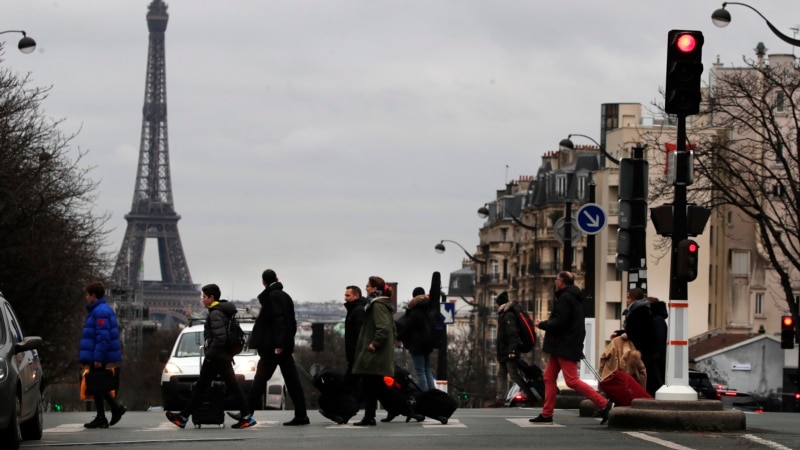 PARIS. The French government has finally announced a controversial pension law that it has wanted to pass for years but has been putting off for fear of a “social explosion”.

Prime Minister Elisabeth Bourne said they would submit it to the Council of Ministers on January 23 after final negotiations with the unions on a pension law that raises the retirement age from 62 to 65.

The prime minister said they were open to discussing the age limit of 65, which the French and all trade unions oppose, but that “retirement at 65 is not a taboo.”

Prime Minister Bourne, who was a guest at public radio France Info, said: “Retirement at 65 is not a totem for us. But our goal is to save the pension system, which has reached a huge deficit. We are also open to other solutions that can help us reach our goal and stabilize our pension system by 2030. Fully retired. “We will not exceed 43 years in the period of payment of insurance premiums to receive wages. No one will have to work 47-48 years. The age that allows a person who has not made a full-fledged career to leave without a discount will not change, it will remain at 67,” he said.

Prime Minister Elizabeth Bourne also said that they will continue to discuss all the details of the reform with employers’ organizations, trade unions and political parties and try to find a common solution.

The government plans to complete final discussions on pension reform by January 10, formally promulgate the final version, and then introduce the reform bill to the Council of Ministers on January 23 and parliament in early February. and put it into operation in the summer.

French President Emmanuel Macron, who introduced the law in his first term but withdrew it due to social explosions, declared 2023 a “year of work” in his December 31st address to the nation and said they were determined to bring the law despite all the risks. . However, this law, which raises the retirement age, is opposed by all trade unions and the French public.

Research companies: “65 years is a provocation”

The country’s major research firms, drawing attention to the difficulties with purchasing power due to the energy crisis and high inflation, warn that the introduction of strict pension legislation in such conditions could cause social explosions in the country.

Brice Tenturier, president of research firm Ipsos, told France Info radio station: “65 years for the French is a provocation. According to polls, the majority is against this reform. For them, this is a cruel harsh measure. The President made such a promise. in the election campaign, but he received 28 percent of the vote in the first round. “58 percent of the votes he received in the second round were not given to this reform. Therefore, we cannot say that Macron’s implementation of this reform is legal. After all, 65 years is a tough and brutal reform. We can say that there will be a tough reaction to this reform,” he said.

Tenturrier asked the government to negotiate with the social partners and added: “Maybe if you reach the age of 64, it will show that you, despite everything, are looking for consultations, for a compromise. Maybe then the reform will be easier.”

Will the yellow vests return?

The government will continue consultations until January 10 to convince the unions.

Building on support for reform by the country’s centre-right Republicans (LR), Prime Minister Bourne hopes to pass the controversial legislation by a majority in the House of Representatives rather than by an 11-fold decree (49/3). For this reason, he will focus on negotiations with political parties as well as trade unions.

But in the country, for the first time in 12 years, all trade union confederations called for joint action against the retirement age. After a joint meeting in early December, CFDT, CGT, FO, CFE-CGC, CFTC, Unsa, Solidaires and FSU said they were “opposed to any extension and increase in the statutory retirement age.” Five student unions and the high school movement (Unef, Fage, VL, Fidl, MNL) also supported the reconciliation text.

Marine Tondelier, the new leader of the Green Party (EELV), urged everyone to take action, explaining that “the only way to repeal the pension reform will be through street mobilization.” Jean-Luc Mélenchon, leader of the radical leftist La France insoumise, also reiterated his call for fierce opposition to the reform, saying “fans will heat up in January”.

In addition to pension reform, inflation driven by rising energy prices is expected to peak in the first half of the year. The Yellow Vest movement, which has rocked the country for years, called for action against rising prices and inflation on the first Saturday of the year.

Geoffroy Roux de Béziers, president of the MEDEF Employers’ Union, which supports the reform, said: “As the government has been saying for months, they are open to discussions about extending this to 64 or 65 years.”

The Confederation of Small and Medium Industries (CPME) also said it was “not opposed to a gradual increase in the retirement age, provided that certain measures are maintained.”

Elon Musk lost a huge fortune in a year – WORLD