News “I do not need to apologize to Algeria.” Last Minute EUROPE, France, CURRENT headlines and events 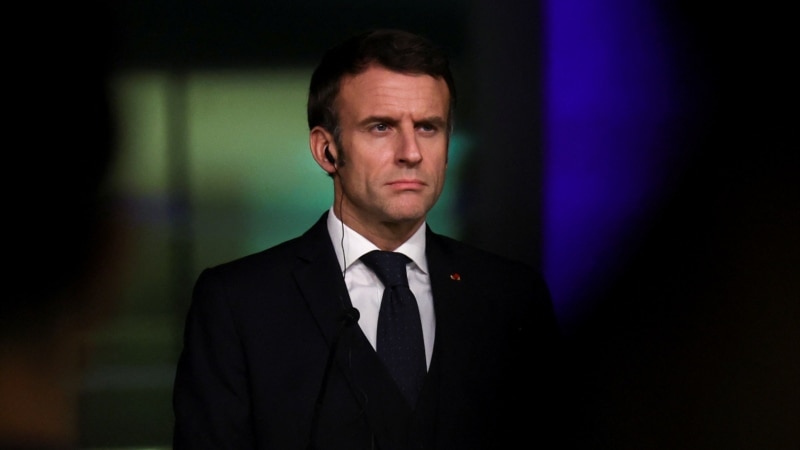 French President Emmanuel Macron said he “does not need to apologize” for what happened in Algeria when it was a colony of his country.

Macron said: “An apology will not fix anything, it’s not the main thing, on the contrary, this word breaks all ties”, arguing that “instead of an apology, the memory and reconciliation efforts between the two countries should continue.”

President Macron made new statements about the “apologia for the history of colonialism” debate that is at the center of recurring tensions between Algeria and France.

In an interview with Le Point magazine with Algerian writer Kamel Daoud, with whom he went on a trip to Algiers in August, Macron said he “didn’t have to apologize” for what happened during the colonial period.

Instead of offering an apology, the French leader received Algerian President Abdulmecid Tebboun, whom he expects to visit France in 2023, reaffirming his desire to continue the efforts of remembrance and reconciliation, and said:

“I don’t need to apologize, that’s not the point. This phrase cuts all ties. Worst of all, it is perceived as “we apologize and everyone goes their own way.” The work of memory and reconciliation should not detract from the work. On the contrary, it is an unconditional, misunderstood, Acceptance that there is something insoluble or even unforgivable.

The Algerian government says it expects an apology from France for its actions during the colonial period and for the war of independence, which killed hundreds of thousands of Algerians.

Macron commissioned Algerian-French historian Benjamin Stora to prepare a report on the matter in 2020.

In his report, which omitted the words “regret” and “apology”, the historian Stora suggested making a “series of gestures” to try to reconcile the two countries. Macron and the French state welcomed the message that a “word of apology” was not required and began discussing steps to be taken.

Macron traveled to Algeria in August 2022 to improve bilateral relations as part of the report’s recommendations and move closer to Algeria, which is an important supplier of natural gas due to the energy crisis caused by the war in Ukraine.

Macron, who made a three-day state visit accompanied by many businessmen and ministers, said after the visit: “I also hope that President Tebbun can come to France in 2023 to continue the unprecedented work of friendship.”

Asked by writer Kamel Daoud about the visit by the two leaders to the grave of Abdel Kader, one of the heroes of the resistance to French colonialism, in the city of Amboise, Macron said: “It would be a very beautiful and very powerful moment. “I would like to do this in the history of the Algerian people. “I believe it will mean something. It will also enable the French to understand facts that are often hidden,” he said.

“The military-political system devouring the rent of memory”

Macron’s visit to Algeria in August helped restore bilateral relations after the crisis caused by his statements in October 2021. In early September, Macron criticized the military-political system of Algeria, “eating the rent of memory”, and said: “I ask myself if it is possible to speak of the existence of an Algerian nation before colonization.”

After these words, the Algerian government condemned Paris, saying that “Macron’s statements are an insult to the memory of more than 5 million martyrs who resisted French colonialism.”

Reminding him of his crisis words in an interview with Le Point magazine, Macron replied: “It was a clumsy and perhaps hurtful statement. But these moments of tension teach us how to lend a helping hand again.”

Referring to tensions between Algeria and Morocco, two rival powers in the region, as a result of Algeria’s “severance of diplomatic relations with Morocco, which has engaged in hostilities” in August 2021, Macron called on the parties to “detente”. .