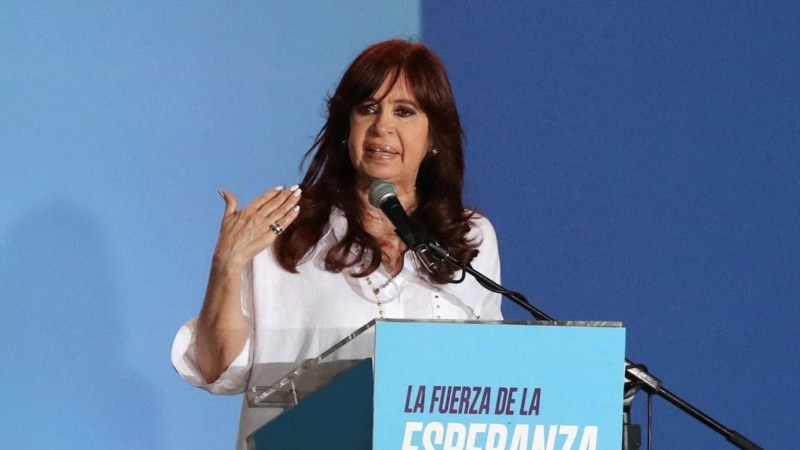 Former president and current vice president of Argentina, Cristina Fernandez de Kirchner, has been sentenced to 6 years in prison and barred from holding public office in a corruption case.

While Kirchner is expected to appeal the ruling, an Argentine court has announced its verdict against Kirchner and 12 others at the latest hearing in what is known domestically as the “road management case.”

In a verdict read out by Judge Jorge Gorini, Kirchner, who ruled the country from 2007 to 2015, was found guilty of illegally entering into road construction contracts in the state of Santa Cruz with businessman Lázaro Baez.

Kirchner, who was acquitted of the crime of creating an illegal organization against him, was sentenced to 6 years in prison for corruption and banned from public office for life.

In addition to Kirchner, former Minister of Public Works José López and former Director of National Roads Nelson Periotti were also sentenced to 6 years in prison.

Describing the corruption cases brought against him as “political pressure” and dismissing the allegations, Kirchner stated that he had already been sentenced in his last defense on 29 November and compared the trial to a “death squadron”.

The “road administration case,” in which Kirchner was sentenced to 12 years in prison, began in May 2019.

In September, there was an assassination attempt on Kirchner, and the former president narrowly escaped the assassination when the attacker jammed his gun.

“We have provided refugees with 10 billion euros in support” news. ...