News “An investigation into the case of the puppet action will not be initiated.” Last Minute EUROPE, CURRENT, POLITICS, TURKEY headlines and events 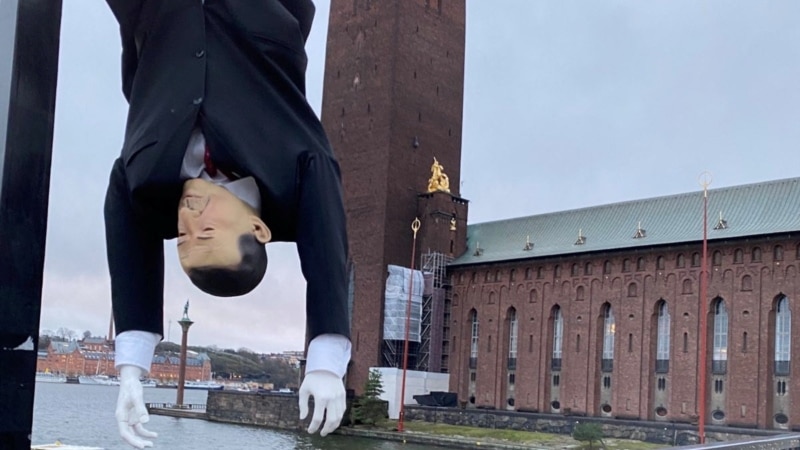 The Swedish newspaper Aftonbladet reported that a Swedish prosecutor announced last week that there would be no official investigation into the hanging of President Recep Tayyip Erdogan’s puppet from a street lamp in the capital Stockholm last week.

Video footage of President Erdogan’s life-size puppet being hung in front of Stockholm City Hall last week sparked an outcry in Ankara. The Swedish Ambassador was summoned to the Foreign Ministry on Thursday and demanded that the perpetrators be brought to justice.

However, the Swedish prosecutor decided that the puppet act was not punishable under Swedish law.

In a statement to the Aftonbladet newspaper, prosecutor Lukas Eriksson said: “I took this lawsuit as an insult, but I thought it was not something that amounted to an insult. I decided not to start a preliminary investigation.”

Sweden, which applied to join NATO after Russia’s invasion of Ukraine, is waiting for Turkey’s approval to join the alliance. Ankara, on the other hand, stresses that Sweden needs to take a clearer stance on what it considers terrorists, mostly Kurdish fighters, and those responsible for the 2016 coup attempt.

Finland and Sweden signed a trilateral agreement with Turkey in 2022 to address Ankara’s objections to the two countries’ NATO membership.

The death toll from the rocket attack on the Dnieper, organized by ...

“We are in a good position in the approval process in Turkey.” ...