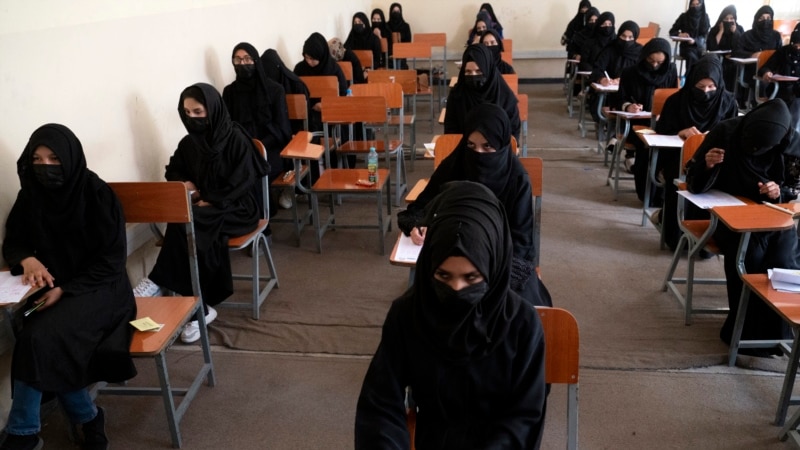 In accordance with the decision of the Council of Ministers, a letter was sent to state and private universities of the country with instructions not to allow female students to enter universities.

The decision taken at the meeting of the UN Security Council in New York on Afghanistan provoked a reaction from Western countries.

U.S. Chargé d’Affaires a.i. Robert Wood told the council, “The Taliban cannot expect to become a legitimate member of the international community unless they respect the rights of all Afghans, especially the rights and fundamental freedoms of women and girls,” and said, “the decision unacceptable”.

“Another promise the Taliban failed to keep”

British Ambassador to the UN Barbara Woodward called the decision “another horrendous restriction on women’s rights and a deep disappointment for every female student.”

“This is yet another step for the Taliban on the road to abandoning a self-reliant and prosperous Afghanistan,” Woodward told the council.

This March, the Taliban were criticized by many foreign governments and some Afghans for returning after signals that all girls’ high schools would reopen.

UN spokesman Stephane Dujarric said yesterday’s move was “another promise that the Taliban have clearly failed to keep.”

“This is another very disturbing move and it’s hard to imagine how the country could prosper without the active participation of women and women’s education, how it could cope with all the problems that it has,” Dujarric told reporters in New York.

“We are worried about the future of our children”

Roza Otunbayeva, the UN Special Envoy to Afghanistan, also called the decision “destructive”, saying: “As long as girls continue to be excluded from school and the de facto authorities continue to ignore other expressed concerns from the international community, we will remain in a stalemate.”

The decision was made when a large number of university students were taking their final exams.

The mother of a university student, who did not want her name to be released for security reasons, said her daughter called her in tears when she heard the letter and said she could no longer continue her medical education in Kabul.

The mother of a university student said: “The pain not only in my heart, but also in the hearts of other mothers is indescribable. We all feel this pain, they are worried about the future of their children.”

There was also a reaction to this decision in Turkey. Presidential spokesman Ibrahim Kalin said on his social media account: “The Taliban administration has decided to ban female students from entering Afghan universities. This decision is contrary to the spirit of Islam. This prohibition has no place in religion.”

broadcast by Voice of America University ban on women by the Taliban in the news houra-ber.com editors have no editorial intervention. News about the banning of women from Taliban universities is automatically posted on our website as it comes from the Voice of America website. in this area University ban on women by the Taliban The legal addressee of the news is the websites and agencies that published the news.

The news that passengers will be refunded double the cost of the ...

News about a record reduction in energy consumption in Europe. Last ...