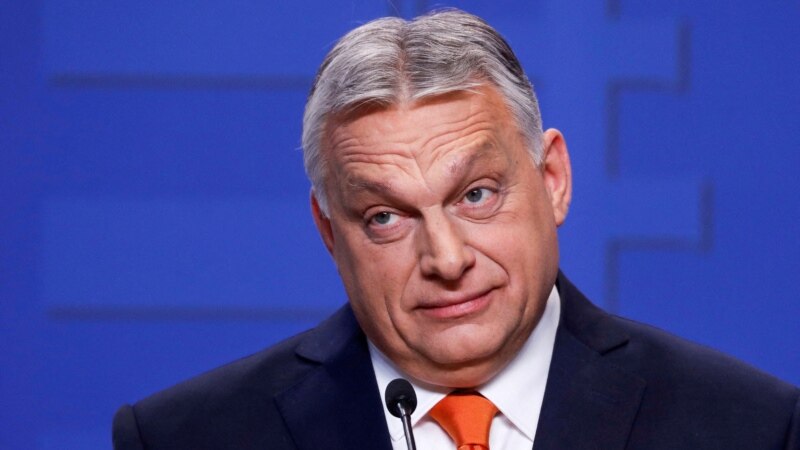 Tensions between the Brussels administration and Hungarian Prime Minister Viktor Orban in the European Union do not stop.

Orban has unveiled his plan to help Ukraine and his veto card for “global minimum tax” reform against the EU, which has suspended the €7.5 billion Covid funding it must receive to access European funds since April due to disagreements over the rule of law. . .

This issue will be decided at the meeting of EU finance ministers, which will be held on 6 December.

Not to miss out on this huge bailout, Hungary, which has started a marathon to implement the reforms demanded by Brussels, first set up an “anti-corruption unit” to oversee how EU funds are spent.

Orbán’s party has prepared a total of 17 plans to amend legislation to ensure greater transparency in public procurement. He submitted a copy of this plan to the EU Commission on November 19, the deadline.

Although at first glance these measures seem to satisfy the Commission, the European Parliament does not consider this plan to be sufficient. Today at the General Assembly of the European Parliament there will be a debate on Hungary. PPE, Renew, S&D, Greens, many MEPs don’t believe Budapest will deliver on the 17 requested reforms.

However, an interim formula is being worked out between the Council and the Commission, as “no one wants to take responsibility for reducing Hungary’s funds.”

Arm wrestling between the EU and Budapest is getting tougher ahead of the fiscal funding decision.

Brussels does not want to unconditionally give Covid funding to Hungary, where corruption is rampant, as well as many obstacles to the rule of law, such as judicial independence, freedom of the media, LGBT and minority rights.

There is also controversy over aid among EU member states. In the light of these discussions, the EU finance ministers will meet and decide on the allocation of 7.5 billion euros for Hungary.

Before this meeting, Hungarian Prime Minister Orban continues to put pressure on Brussels. Viktor Orban is threatening Brussels to veto a European aid project for Ukraine worth 18 billion euros.

Orban, considered by the EU to be the closest name to Russian leader Vladimir Putin, launched a campaign in his country, sharply criticizing the EU and arguing that “sanctions against Russia lead to the collapse of Hungary and that bilateral assistance should be given to Ukraine, not as a Union.”

The commission will make a decision on November 30.

The EU Commission will consider a letter sent by Budapest by November 30 containing amendments to 17 laws.

It will measure whether the Commission’s problems are being addressed through reforms, such as Hungary proposing a change to its public procurement law or the creation of a “task force” to fight corruption.

It will decide whether the 17 reforms carried out are real protection against corruption. It will then make a decision by 30 November, sending the result to 27 Member States.

EU diplomats say that stopping the funds, which will begin to return to Hungary in a few years, is the wrong option.

Instead, it is proposed that the EU Commission report to the EU Council every three months on the implementation of the reforms, in other words, the EU should put Hungary under close scrutiny.

Some countries, including France and Germany, favor this option. The Benelux and Scandinavian countries have difficulty accepting this.

In 2021, the EU created a new mechanism called a “conditionality mechanism” that allows European funds to be frozen in the absence of a “good use guarantee” from a member state.

This new mechanism provides for the rule of law and the principle of an independent judiciary to transfer these funds.

The EU applied this clause for the first time for Hungary “due to deep concerns about the independence of the judiciary, media pluralism, freedom of the press, risks of corruption, nepotism and pressure on civil society.”

broadcast by Voice of America AB Orban vetoed the vote in the news houra-ber.com editors have no editorial intervention. Orban’s Threat to EU News veto is automatically posted on our website because it comes from the Voice of America website. in this district AB Orban vetoed the vote The legal addressee of the news is the websites and agencies that published the news.

A meteor lit up the sky! – Kent News Agency