News about the decision of the UN Court on Palestine. Last Minute WORLD, CURRENT headlines and events 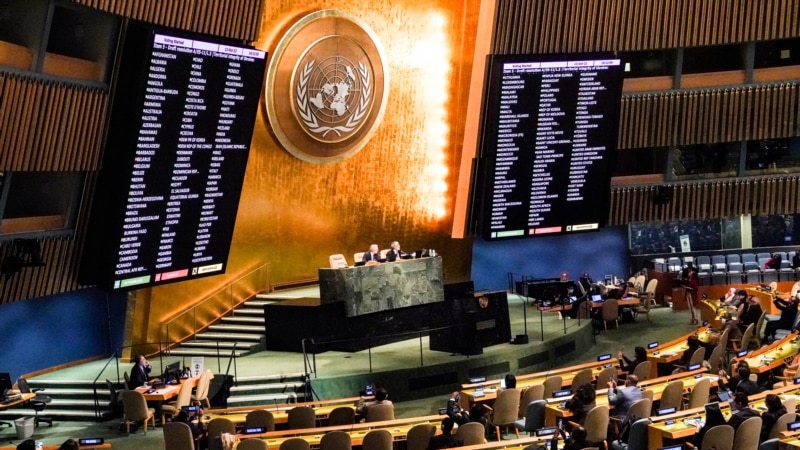 The UN General Assembly demanded that the International Court of Justice give an opinion on the Israeli occupation of the Palestinian territories. The Palestinian Authority said it welcomed the decision.

Based in The Hague, the International Court of Justice, also known as the World Court, is the highest body of the United Nations that administers disputes between nations.

Just on election day, a coalition government led by Benjamin Netanyahu, who advocated settlements in Israel and the annexation of the West Bank, formed and came to power. Thus, an ultra-right government came to power in Israel, defending the occupation.

Commenting on the UN General Assembly’s decision, Nabil Abu Rudayneh, spokesman for Palestinian leader Mahmoud Abbas, said: “The time has come for Israel to be held accountable for its crimes against our people, which are covered by the law.”

The Israeli administration has not yet officially evaluated the UN decision. However, Israel’s permanent representative to the UN, Gilad Erdan, said he condemned the decision.

In a statement on his Twitter account, senior Palestinian executive director Hussein al-Sheikh hailed the decision as a diplomatic victory for Palestine.

In accordance with the decision, the International Court of Justice will assess the Israeli occupation and changing demographics of the city of Jerusalem.