News about the bomb last letter in Spain to the US embassy. Last Minute EUROPE, CURRENT, Spain, Russia, headlines and events 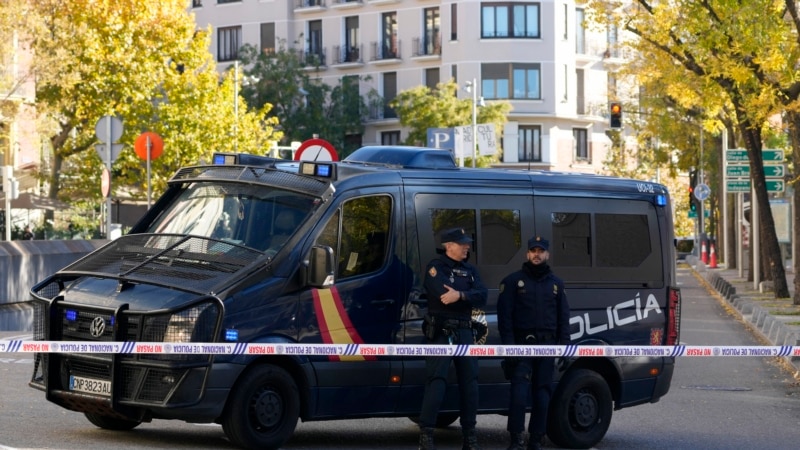 The last target for the envelopes with explosives, which were sent for some time to foreign missions and official institutions in Spain, was the US embassy in Madrid.

Bomb disposal specialists defused a letter about the bomb sent to the US Embassy in Madrid. This was the sixth letter that prompted increased security measures in Spain.

Officials said such actions would not deter Spain from supporting Ukraine.

Security around public buildings in Madrid has been tightened after a package was first sent to Prime Minister Pedro Sanchez on November 24.

Since yesterday, similar letters have been sent to the Ministry of Defense, the air base, the arms manufacturer and the Ukrainian embassy in Madrid.

Spanish Defense Minister Margarita Robles, who today visited the Ukrainian port city of Odessa and met with Ukrainian Defense Minister Oleksiy Reznikov, said letters about the bombings would not prevent Spain from supporting Ukraine’s “just cause”.

“It must be perfectly clear that these posts or any act of violence cannot change the clear and unequivocal commitment of Spain, NATO countries and the European Union to support Ukraine,” Robles said.

The last letter bomb was seized by US embassy guards and then detonated under the control of the Spanish police.

Yesterday, a letter addressed to the Ambassador of Ukraine to Spain exploded during an inspection by a guard at the embassy, ​​the guard received minor injuries to his hands and a concussion. After all these events, security around the embassies has been strengthened.

Also yesterday, a letter with the bomb was sent to the weapons manufacturer Instalaza, which is based in Zaragoza in northeastern Spain and has shipped more than a thousand C90 rocket launchers to Ukraine.

Russia: “We condemn all types of terrorist threats and actions”

Ukrainian Ambassador to Spain Serhiy Pogoreltsev made accusations against Russia.

“Given the situation, there is an instruction from our ministry in Ukraine that we must be prepared for any events and actions of Russia abroad,” Pohoreltsev told the Spanish television channel TVE yesterday.

Spain has sent and committed to providing some military and humanitarian equipment to support Ukraine in the conflict, including anti-aircraft missile launchers, six batteries of light howitzers, ammunition, armored vehicles and light weapons. He also offered the soldiers who will take part in the air defense of Ukraine the opportunity to be trained in Spain.

The Russian Embassy in Madrid issued a statement on its social media account condemning all types of terrorist acts.

In a message posted on the embassy’s Twitter account, “we fully condemn any terrorist threat or action, especially against a diplomatic mission.”

News “American and Russian intelligence are discussing the exchange of prisoners.” ...

Biden and Macron’s message of unity and determination against Russia. Last ...