News about the beginning of the EU embargo on Russian oil. Last Minute GERMANY, Russia headlines and events 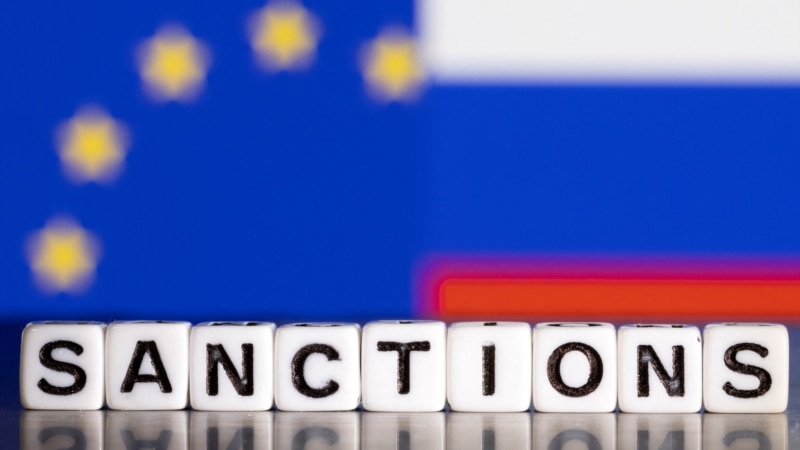 The European Union, which has so far imposed an embargo on Russian President Vladimir Putin and his relatives and frozen their assets, is now moving towards tough sanctions that will have heavy consequences in the sanctions imposed against Russia.

The EU decision on an embargo on “Russian crude oil transported by sea” came into force today to reduce Russia’s military revenues.

Starting today, not a single drop of oil from Russia will be allowed to enter Europe by sea.

The OPEC+ countries, which met yesterday to discuss this issue, have maintained the status quo regarding production quotas agreed in October. The G7, the EU and Australia have also agreed on a $60 maximum price for Russian oil.

One of the first important decisions taken for the first time, which will provoke an energy crisis in the European Union, has come into force.

An embargo on Russian crude oil was officially introduced on Monday, December 5, in an effort to cut funding for the war. The embargo, which will apply to oil entering Europe by sea, will be strengthened on February 5, 2023 by applying it to refined petroleum products, especially diesel fuel. Maritime imports account for two-thirds of EU purchases of Russian oil.

Imports are still allowed through the Druzhba pipeline to ensure supplies to landlocked countries, especially Hungary. However, Germany and Poland have announced that they will stop all deliveries from Russia, including the pipeline, until the end of December. This means that more than 90 percent of Russian oil imports to the EU will cease.

Experts draw attention to the “difficulty for Europe” of the mechanism for setting marginal prices, which was implemented for the first time.

Francis Perrin French, director of research at the International Institute for Strategic Studies (IRIS), told the media it was a prepared challenge, “a difficult task for Europe, but not impossible. 27 members have been preparing for it since spring. The movement of Russian oil exports took place in practice,” he said.

Phuc-Vinh Nguyen, an energy expert at the Jacques Delors Institute, said Russia has earned 67 billion euros selling oil to the EU since the start of the war in Ukraine, and its annual military budget is about 60 billion.

According to the Energy and Clean Air Research Center, Russia received 158 billion euros from trading in hydrocarbons (oil, gas and coal) in the first six months of the war in Ukraine. Two-thirds of this amount, or 102 billion euros, came from the oil industry.

Oil exports from Russia fell by 40% for crude oil and 20-25% for oil products between February and October, when the occupation of Ukraine began. In October, the European Union imported 1.4 million barrels of Russian oil per day.

Of these, 0.3 million barrels pass through the pipeline through Hungary, so the sanctions will not affect. To this crude oil, about a million barrels of “refined oil” must be added. In the short term, the EU can find a place to export Russian oil from the Middle East, the US, Norway and Africa and find a solution.

But diesel oil products are difficult to supply because the EU still imports large amounts of diesel fuel and has little production capacity for refined products. Therefore, experts expect increased tension in the diesel fuel market in the near future.

Turkey and India increase the export of refined oil

Countries have already become more important players in diesel exports to Europe. Since February, India has doubled its sales to Europe. Turkey is also exporting more and more oil products from Russian crude oil. Francis Perrin, director of research at the Institute of International and Strategic Affairs, sums up the implications of the decision as “the EU will provide more resources from the US, the Middle East and Africa.”

Washington and the EU hope that other buyers of Moscow will use the limit to negotiate cheaper purchases.

Last month, China became the leading importer of fossil fuels from Russia, overtaking Turkey, India and South Korea. But, according to Francis Perrin, “Russia will not be able to deliver everything that it sells to the EU to Asia.”

The European Union has indexed the price of Russian oil to $60 per barrel. With this decision, the EU seeks to limit Russia’s ability to manipulate oil prices and reduce Russian financing of the war. Europe will be able to cope with the impact of oil prices up to $80-90 on the EU economy. However, if it exceeds $100, it will again cause significant inflationary pressure.

The 27 EU member states that are discussing setting a maximum price for Russian gas and oil have not yet reached a consensus. This issue will be discussed at a meeting of EU leaders on 15 December.

Since October, the price of a barrel of North Sea Brent oil and its US equivalent WTI has fluctuated between $80 and $85.

In March, that figure rose to $130. Representatives from 13 members of the Riyadh-led Organization of the Petroleum Exporting Countries (OPEC) and 10 of their allies, led by Moscow, met via videoconference Sunday to discuss the potential impact of the EU embargo.

This Monday also came into force the practice of the G7 countries, the EU and Australia to set a limit of $60 per barrel on offshore crude oil.

The decision provoked a sharp reaction from the Kremlin, which said that “if the EU sets a ceiling price, the sale of oil to these countries will be stopped.” “We are working on mechanisms to prevent the use of a price cap tool, regardless of the level set, because such intervention could further destabilize the market,” said Alexander Novak, Russia’s vice president for oil, gas, nuclear energy and carbon fuels.

No matter how Kyiv arranges such a mechanism, he considered the $60 limit insufficient. Andriy Yermak, chief of staff to Ukrainian President Volodymyr Zelensky, said Russian oil was already trading at around $65 a barrel and said: “We should have lowered the top price to $30 to destroy the Russian economy even faster.”

Kremlin spokesman Dmitry Peskov also warned against a “destabilization” of the global oil market, saying that a cap on Russian oil prices by Western countries would not affect Moscow’s offensive in Ukraine.

In a statement to reporters this morning, Peskov said that “the Russian economy has all the necessary capabilities to finance military operations, such measures will not have any effect.”

The ceiling agreed by the EU at $60 is slightly lower than the price at which Ural oil is traded today ($65-70), and 20-30% cheaper than the international benchmark Brent. But this remains a much higher price than the cost of Russian production, which is estimated at 20-40 dollars.

For this reason, it is argued that although sanctions will force the Kremlin, their effect will be limited for Russia. Russia has announced that it will not sell oil to any country that sets the maximum price.

The news that sales of arms companies have been growing for 7 ...

News “We have resumed joint patrols with the Coalition.” Last Minute ...