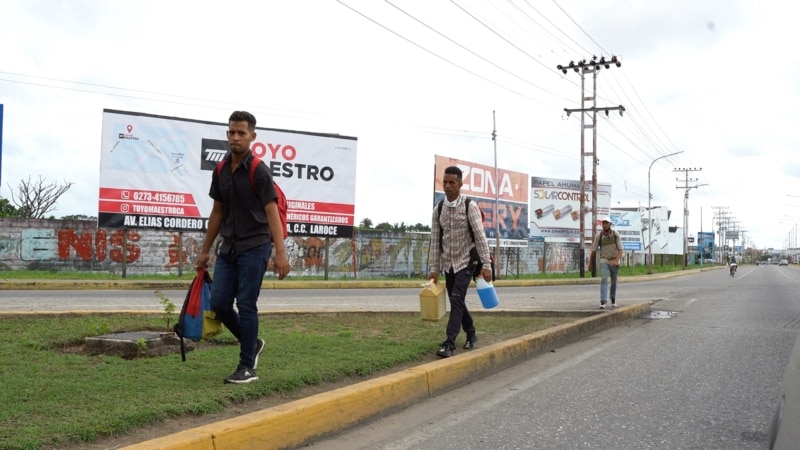 In Latin America, one of the sectors most affected by the social and economic disruption caused by the epidemic and the subsequent occupation of Ukraine are Venezuelan immigrants, who now number 6 million. Humanitarian assistance to these immigrants is also vital for the host countries.

The United Nations Refugee Agency (UNHCR) and the International Organization for Migration (IOM) are demanding $1.7 billion for the approximately 6 million Venezuelan migrants who have fled their country and settled in Latin America due to the protracted crisis.

This fund will be used primarily to meet the immediate needs of immigrants, such as food, employment, education and access to health care, as well as the integration process in the countries to which they are sent.

A large proportion of Venezuelan immigrants and refugees are from low-income groups who can no longer afford even three meals a day in their country. Since most of these immigrants do not even have a passport, they are trying to survive in the informal economy or as illegal workers in the countries they go to.

These immigrants without social security are among the groups most affected by problems such as inflation, unemployment and low wages, which have increased due to the post-epidemic crisis in Ukraine.

Allocating only a quarter of the $1.79 billion requested in 2022 to United Nations agencies has also cut programs for Venezuelan immigrants.

Experts report that the fact that Venezuelans cannot get along in the countries they immigrated from has led to new immigration movements, for example, the increase in the number of Venezuelan immigrants to the US in recent months is one indicator of this situation.

Country with the largest number of immigrants after Ukraine

Venezuela, where one in four people immigrated over the past 7 years, is the country with the largest number of immigrants after Ukraine, where the total number of refugees and immigrants exceeds 7.1 million people.

The causes of migration in the South American country also include chronic disruptions in basic services such as electricity and water, security concerns, human rights violations, political conflicts, hunger and unemployment.

Today, in a country where the cost of a kitchen for a family of 5 is approximately $460, 81.5% of the population is trying to live on an income of less than $150 a month. Experts report that about 7 million people in the country are in need of humanitarian assistance.