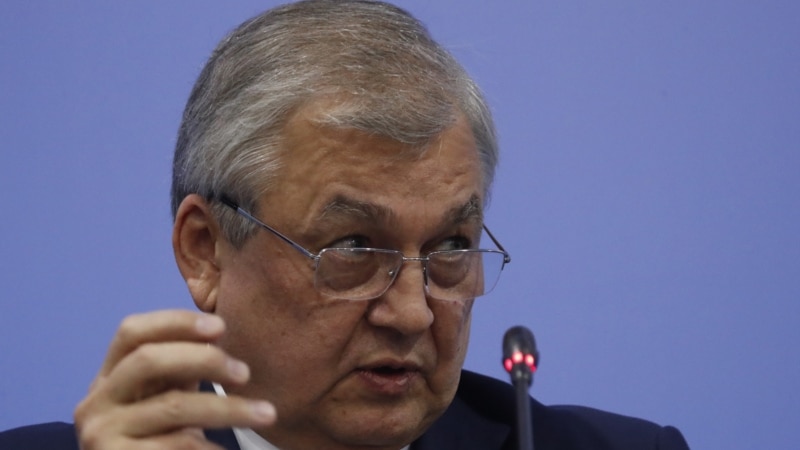 Russia called on Turkey to refrain from a full-scale ground operation in Syria.

Turkish and Russian officials who gathered in Nur-Sultan, the capital of Kazakhstan, in 2017 launched the “Astana Process” to resolve the Syrian crisis. Iran later joined Turkey and Russia and became the third guarantor country.

President Recep Tayyip Erdogan has signaled in his statements over the past two days that a ground operation will be launched in northern Syria. In his speech at today’s meeting of the AKP parliamentary group, Erdogan named the targets of this operation Tel Rifat, Manbij and Ain al-Arab.

“We hope that our words will be heard by Ankara and another solution to the conflict will be found,” Russian negotiator Lavrentyev said.

Lavrentyev said that the United States is following a destructive path in northern Syria, and noted that the solution of the Kurdish issue will become an important element in stabilizing the situation in the region.

Lavrentiev also said: “The Kurds are the captives of the US. I am sure that without the presence of the US, the Kurdish problem would have been solved very quickly.”

The US is cooperating with the Syrian Democratic Forces (SDF), led by the Kurdish YPG militia, to fight ISIS in Syria. This situation leads to important disagreements with Turkey.

In a joint statement released after talks in Kazakhstan, Russia, Turkey and Iran pledged to continue to oppose separatist plans to undermine Syria’s sovereignty and territorial integrity and threaten the national security of neighboring countries through cross-border attacks or infiltration.

Lavrentyev said the parties discussed the idea of ​​including China as an observer in the Astana talks. Although Iran supports this proposal, Turkey is still in the evaluation phase.