News about Putin’s ban on the sale of oil to countries with maximum prices. Last Minute EUROPE, CURRENT, Russian news and events 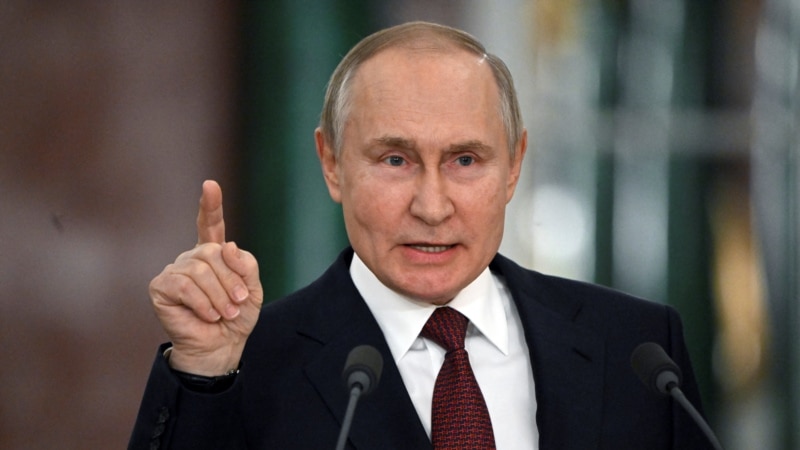 Russian President Vladimir Putin today signed a decree banning the supply of crude oil and petroleum products to countries that set a price ceiling for five months from February 1.

With this move by Putin, Russia has given the West the long-awaited answer to the price ceiling.

The G7 countries, which include the world’s seven largest economies, the European Union and Australia, agreed earlier this month to apply a maximum price of $60 per barrel for Russian offshore oil from December 5 due to Moscow’s war against Ukraine agreed.

Putin’s decree, published on the government portal and website of the Kremlin, was presented as a direct response to “hostile and illegal acts of international law by the United States and participating foreign states and international organizations.”

The Decree stated that “the supply of Russian oil and oil products to foreign organizations and individuals is prohibited due to the direct or indirect use of the maximum price fixing mechanism in contracts for these supplies,” specifically referring to the United States. and other foreign countries that set price ceilings.

The decree, containing a clause allowing Putin to lift the ban in special cases, will come into force on February 1, 2023 and will be valid until July 1, 2023.

The export of crude oil will be banned from February 1, while the date for the ban on petroleum products will be set by the Russian government, which could be after February 1.

The price ceiling, which did not exist even during the Cold War between the West and the Soviet Union, is designed to paralyze the Russian state budget and Moscow’s military initiatives in Ukraine.

Russian Finance Minister Anton Siluanov said today that Russia’s budget deficit could exceed the projected 2 percent of GDP in 2023 and that the fall in oil prices has reduced export revenues, which is an additional financial burden for Moscow, which spends heavily on military operations. in Ukraine, he said it was an obstacle.

However, some experts say the price cap will have little impact on Moscow’s current oil revenues.

The G7 price ceiling allows non-EU countries to continue importing Russian oil by sea; however, it prohibits shipping, insurance and reinsurance companies from transporting cargoes of Russian crude oil around the world unless they are sold at a price below the ceiling.

This month, EU countries also imposed an embargo preventing them from buying Russian oil by sea.

Russian Ural crude traded above $56 a barrel today, below the price ceiling.

Oil prices at the peak of the last three weeks. Last ...

News “I will die when you watch this video.” News headlines ...