News about new sanctions from the EU to Iran. Last Minute EUROPE, CURRENT headlines and events 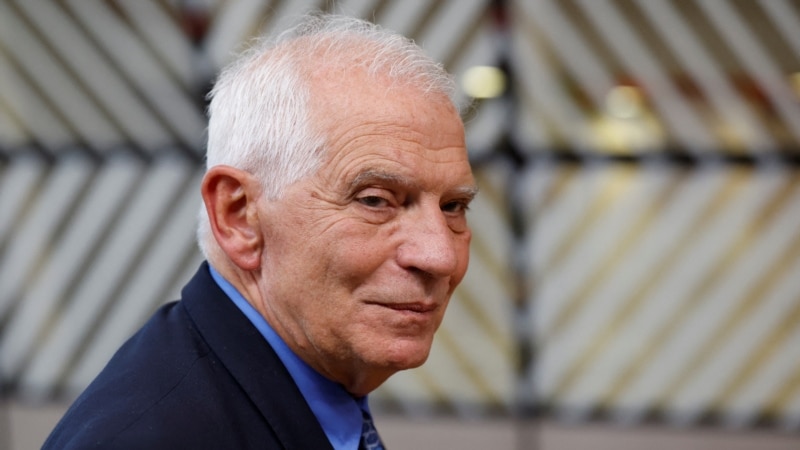 The European Union is preparing for tough sanctions against the Iranian regime, which vigorously suppressed anti-government protests around Iran and executed another opposition activist who joined the demonstrations this morning.

“We will approve a series of very tough sanctions against Iran,” said Josep Borrell, EU High Representative for Foreign Affairs. The EU is also considering sanctions against Russia and the first tranche of financial assistance to Ukraine, which Hungary has vetoed.

EU foreign ministers convened in Brussels amid news that 23-year-old Majid Reza Rahnaward was hanged “in front of the public” in the city of Mashhad and a bribery scandal erupted in the European Parliament.

The foreign ministers, who will discuss the issue of sanctions against Iran and Russia, will also discuss the allocation of an additional 2 billion euros in financial assistance for arms supplies to Ukraine.

The European Union is preparing to impose new sanctions on Iranian individuals and entities for “violating human rights” as Tehran brutally cracks down on anti-government protests, imposes death sentences and supplies drones to Russia in its war against Ukraine.

The package of sanctions aims to restrict Russia’s access to drones and “prohibit the direct export of drone engines to any country that can supply Moscow with such equipment.”

In a statement ahead of the meeting, EU High Representative for Foreign Affairs Borrell condemned the Iranian regime’s hanging of an opposition activist and said: “Today we are endorsing a series of very tough sanctions against Iran. The European Union has taken all possible measures to support young women and peaceful demonstrators who can fight for their freedom will take it,” he said. Earlier, the EU decided to impose sanctions on 29 Iranian names and institutions.

The meeting will also discuss the ninth package of sanctions against Russia. The package is intended to add about 200 new individuals and entities to the list of Russian oligarchs and regime officials whose assets have been frozen.

New names to be added to the EU blacklist will include key players involved in rocket attacks on civilians, the kidnapping of Ukrainian children sent to Russia, and the theft of Ukrainian agricultural products.

The proposals of the European Commission under the 9th package include new export controls and restrictions, especially on “dual-use products” such as basic chemicals, nerve gases, and electronic and computer components that can be used by the Russian military.

It also includes sanctions on three Russian banks, including a complete ban on transactions with the All-Russian Regional Development Bank, to further complicate Russia’s financial transactions.

Borrell said they expect to reach a consensus on this issue as well.

Another item that will be on the agenda of the meeting will be the 18 billion euro assistance package planned by the EU for Ukraine in 2023.

EU ministers will discuss an increase in the budget of the European Peace Instrument (EPF), currently limited to 6 billion euros, which is used to fund arms purchases for Kyiv.

Expressing that this fund has largely melted away in a war that has been going on for about 10 months, the EU Commission has asked member states for approval for additional financial support.

At the meeting, a consensus will be reached on the decision to allocate the first tranche in the amount of 2 billion euros.

However, Hungary risks vetoing the unanimous decision; continues due to the suspension of the €13.3 billion development and Covid-19 pandemic funding it expects to receive.

If the meeting of EU foreign ministers does not produce results, this issue will be included in the agenda of the summit of EU leaders to be held on Thursday this week.

In an attempt to stabilize the situation in these countries affected by the war in Ukraine, the EU is also keen to discuss the possibilities of the future format of the five-member Eastern Partnership and listen to the expectations of its members.

Niger, one of the world’s poorest countries, is threatened by a possible wave of violence from neighboring Mali, where Islamist groups roam.

Corruption scandal in the AP

The head of European diplomacy, Josep Borrell, also spoke about the corruption scandal in the European Parliament that erupted in Brussels over the weekend: “The accusations are very disturbing. The investigation is ongoing and we are following it closely.”

German Foreign Minister Annalena Berbock said: “This is truly an incredible development and the law must now be applied clearly and with great care. Because it primarily concerns trust in Europe.”

Irish Foreign Minister Simon Coveney reacted even more harshly, saying: “This is a scandal and we need to get the truth out to make sure it doesn’t happen again. There needs to be a full and transparent investigation to get an explanation of what happened.” “

An investigation was launched on the grounds that Qatar bribed some members of the European Parliament to influence economic and political decisions.