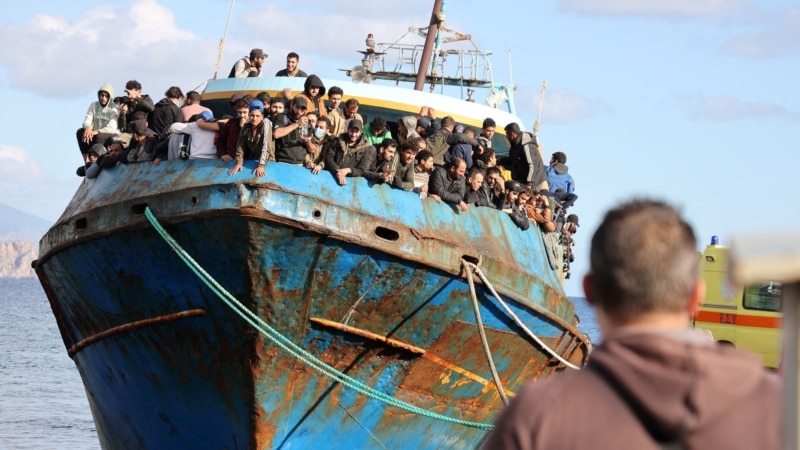 In its comprehensive report, the International Organization for Migration (IOM) of the UN estimated the number of deaths of immigrants who died trying to flee their countries to developed countries in search of a better life.

The latest report prepared by the International Organization for Migration’s Missing Migrants project says that 50,000 immigrants have died on the road with the hope of a new life since 2014.

Most of the deaths were said to be due to minor actions taken by the country of transit or destination.

It was stated that the nationality of more than 30,000 people involved in the Missing Migrants project, who allegedly died or disappeared, could not be established. It was said that this number meant that more than 60 per cent of those who died along the migration routes could not be identified, and that thousands of families, unaware of the fate of their relatives, were left alone to seek answers to their questions. questions.

According to the report, more than 9,000 missing migrants whose nationality can be identified are in Africa, more than 6,500 in Asia and more than 3,000 in the Americas.

The International Organization for Migration said many people, especially from the three countries of Afghanistan, Syria and Myanmar, had to leave their homes to seek asylum abroad.

The report highlighted that more than half of the 50,000 documented deaths occurred on roads leading to Europe and that at least 25,104 people died in the Mediterranean.

According to the report, at least 16,000 people went missing and died en route to Europe, lost at sea and whose bodies have never been found.

Africa is the second most deadly region for people on the move, the report says, with more than 9,000 migration-related deaths since 2014. It was also noted that regional household surveys show that these figures are clearly underestimated.

Asia was said to have recorded 6,200 deaths. Children make up more than 11 percent of the lives lost on migratory routes in Asia, according to the report. This number was noted to be the highest in any region. It was stated that 436 of the 717 children who died in the region on the migration route were Rohingya refugee children.

At least 1,315 people were recorded as having died on migratory routes in Western Asia, most of which occurred in conflict countries, making it extremely difficult to document the disappearances.

At least 522 people from the Horn of Africa were said to have died in Yemen, and 264 Syrians were killed trying to cross the Turkish border.

“While there are thousands of deaths on migratory routes each year, little is being done to address, let alone prevent, the consequences of these tragedies,” said Julia Black, one of the report’s authors.

News “Every hour five women are killed in the world.” Last ...

Emirates A380 welcomes thousands of visitors at Bahrain Airshow – WORLD