News “280 million people were forced to leave their homes.” 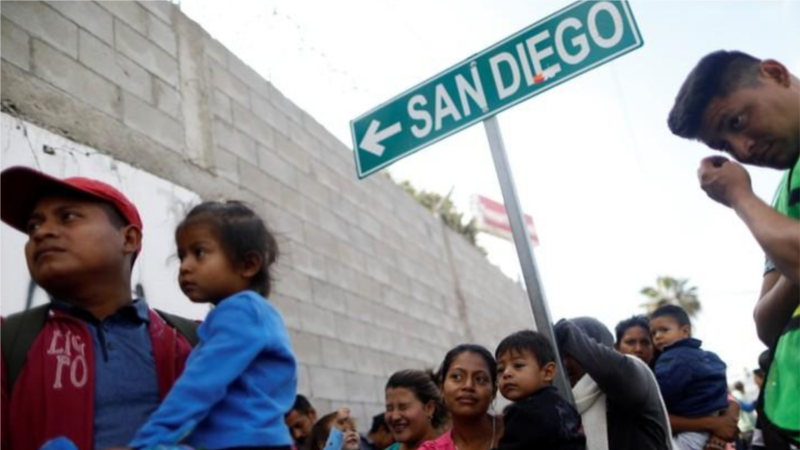 The United Nations announced that on December 18, International Migrant Day, 280 million people were forced to leave their homes in search of a “better life”. The UN states that tens of thousands of immigrants who have fled their homes and lost their lives on the way to a better life due to conflicts and wars over the past ten years have declared him missing.

The UN states that various causes, such as global conflicts, wars, restrictions on freedoms, discrimination, climate change and natural disasters, push people to leave their homes and live in different places, and that millions of immigrants who leave their homes and homes and end up on the roads, human trafficking, violence, sexual harassment, harassment and stated that he was at risk of exploitation.

UN Secretary-General António Guterres said that immigrants who cross borders safely and regularly contribute to economic growth in the different places they go, and that 80 percent of people who migrate regularly contribute to the countries they go to. Guterres noted that illegal migrants, on the other hand, face horrendous brutality, which reaches more and more dangerous proportions, unlike ordinary migrants.

In a message published by him on the occasion of “December 18 International Migrant Day”, Guterres stated that in the history of every immigrant forced to leave their place of residence, there is a person, a sibling, children left behind, a mother or father, and that the rights of immigrants are human rights, they must be observed without any discrimination, regardless of their violation. “In accordance with the humanitarian, moral and legal imperative, the world must do everything possible for the survival of migrants,” he said.

“Injustice against immigrants has been committed against all of us”

Gilbert F. Hungbo, head of the International Labor Organization (ILO), noted that the rights of the world’s 169 million migrant workers are protected, but migrants are also becoming more vulnerable to various forms of discrimination such as race, ethnicity and gender.

Hongbo said: “The international community must do everything possible to ensure and improve the basic human rights and labor rights of immigrants. We must recognize that the injustice suffered by immigrant workers is an injustice to all of us, and do better for them.”

The rights of all migrants must be respected, no matter what pushes people to migrate from their places of residence, as migrants are the cornerstone of development and progress,” said Antonio Vitorino, head of the International Organization for Migration (IMO).

“Crimes against humanity are committed against immigrants”

The United Nations High Commissioner for Human Rights (HCHR), in his comprehensive report on International Migrants Day on December 18, detailed a number of unacceptable human rights restrictions placed on migrant workers around the world. The report highlights that migrant workers are often forced to live in overcrowded and unhygienic conditions, unable to afford nutritious food, denied adequate health care and facing prolonged and sometimes forced separation from their families.

UN High Commissioner for Human Rights Volker Türk said that migrant workers are often dehumanized and that immigrants are people who need full protection of their human rights and human dignity, and said: “Measures that restrict human rights cannot be justified by allegations that the immigrant status of immigrants is temporary”.

News of the world champion of Argentina. News headlines and events ...

Musk “Should I Quit My Job?” Survey news. Last Minute ...