New US military assistance to Ukraine and its neighbors. Last Minute GERMANY, Russia headlines and events 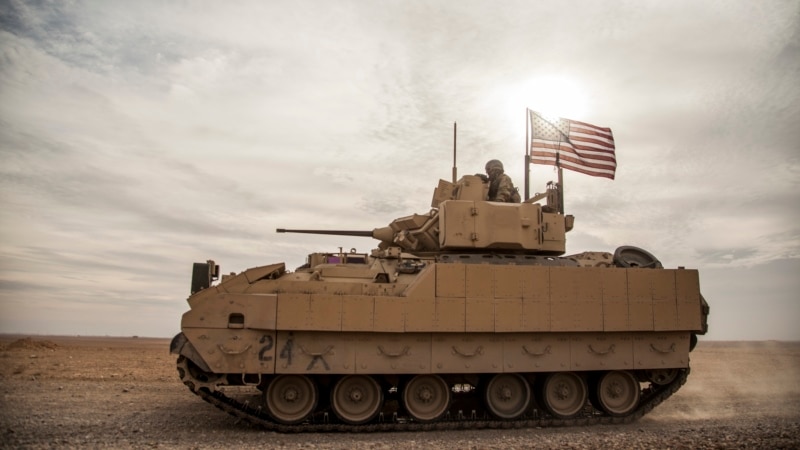 As Russia’s invasion of Ukraine continues, the White House today announced a new $3.75 billion military aid package for Ukraine and its neighbors on NATO’s eastern flank.

$2.85 billion of the largest U.S. aid package to Kyiv to date will be deducted from Pentagon stockpiles to be sent directly to Ukraine. The package also includes $225 million in foreign military funding to build capacity and support the modernization of the Ukrainian army in the long term.

The package also includes $682 million in foreign military funding to help replace military hardware donations to Ukraine from European allies, according to the White House.

The new aid package provides for the shipment of Sea Sparrow missiles for air defense, as well as Bradley armored vehicles, to Ukraine.

RIM-7 Sea Sparrow will be an additional air defense system for Ukraine. The missiles are currently manufactured by Raytheon Technologies and General Dynamics.

The Bradley Armored Fighting Vehicle has powerful weapons and has been regularly used by the US military to transport troops on the battlefield since the mid-1980s. America, which has thousands of Bradleys in its army, plans to send about 50 of them to Ukraine.

“The war is at a critical juncture and we must do everything we can to help Ukrainians resist Russian aggression,” White House press secretary Karine Jean-Pierre said in announcing the aid.

Direct assistance to Ukraine includes 50 Bradleys, as well as 500 anti-tank missiles and 250,000 shells for aircraft carriers. The United States is also sending 100 M113 armored personnel carriers, 55 mine-resistant ambush-protected or MRAPS vehicles and 138 HUMVEES, as well as ammunition for highly mobile artillery and air defense systems and other weapons, according to US officials.

“It’s very related to the war we’re seeing on the ground right now and what we predict we’ll see over the winter,” Kirby said.

The White House has released details of a new aid package after Germany announced it would deliver 40 Marder armored personnel carriers to Ukraine in the first quarter of this year.

“These 40 vehicles should be ready now to be delivered to Ukraine in the first quarter,” Prime Minister’s spokesman Steffen Hebestrait told reporters in Berlin.

German marders are expected to play an important role in a possible Ukrainian counter-offensive in the first quarter of this year. The Marder is a lightly armored vehicle in service with the German army since the 1970s, its main feature is its high speed, which includes a 20mm automatic cannon, two 7.62mm machine guns and a Milan anti-tank system.

Germany also announced yesterday that, following the United States, it will supply Ukraine with a Patriot anti-aircraft missile battery. Hebestreit also stated that this is at the request of the US and they expect to ship it in the first quarter of the year.

However, Hebestrait said that at yesterday’s meeting between Scholz and Biden, battle tanks were not discussed. Hebestrait added that Germany will adhere to the principles of supporting Ukraine as firmly as possible, will not act alone in the supply of weapons and will ensure that NATO does not become a party to Russia’s war in Ukraine.