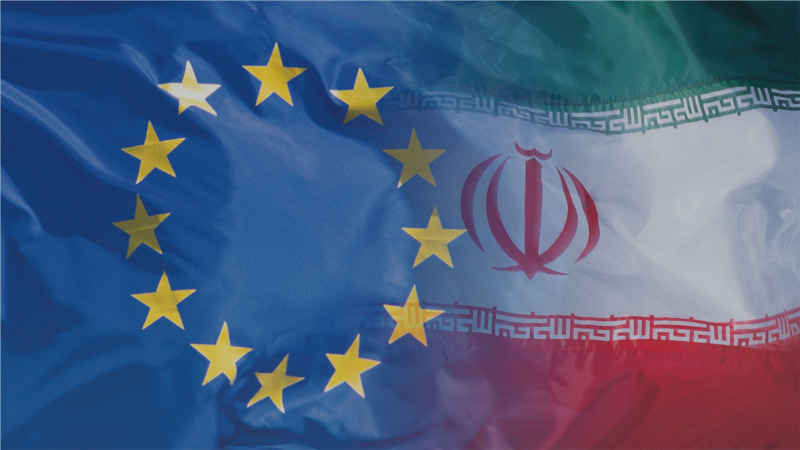 The Foreign Ministers of the EU countries met in Brussels on the eve of the extraordinary EU summit to be held on February 9-10, and worked out important issues on the agenda. Foreign ministers have agreed on a series of sanctions against the Iranian government, which has been using force against anti-regime demonstrators for months.

EU Presidency Sweden shared the message on its Twitter account: “Foreign ministers have adopted a new package of sanctions against those who are leading the oppression of the Iranian people. The EU strongly condemns the brutal and disproportionate use of force by the Iranian authorities against peaceful protesters.”

The ministers added 37 Iranian individuals or entities involved in the crackdown on the sanctions list “for violating human rights.”

However, the proposal of a group of countries, including Germany, the Netherlands and Denmark, to include the Islamic Revolutionary Guard Corps in the “list of terrorist organizations” that killed, executed and put pressure on demonstrators was not accepted.

Speaking to reporters at the entrance to the rally, High Commissioner for Foreign Relations Josep Borrell said no such decision would be made because the necessary legal procedures had not been completed.

Borrell said: “Such a move requires a court order.

“We need to discuss the legal possibilities of listing the Revolutionary Guards as a terrorist organization,” said Annalena Burbock, German foreign minister, one of the initiators of the project.

France, on the other hand, denounced the “state policy of hostage-taking” by the Iranian authorities, detaining many European citizens.

“It’s time for us, as Europeans, to think about how to respond to this situation,” French Foreign Minister Catherine Colonna said ahead of the meeting.

Belgian Foreign Minister Hadja Lahbib said: “More and more European citizens are being detained and this is absolutely unacceptable. It is important that we, as 27 members of the EU, send a clear and precise signal to the Iranian authorities.”

Resolution of the European Parliament

Last week, the European Parliament passed a resolution calling on the EU to place the Islamic Revolutionary Guard Corps on the “EU list of terrorist organizations” that violently repressed the demonstrations that began with the death of Mahsa Amini on 16 September.

This decision was followed by statements by the Tehran administration that “if the EU makes such a decision, they will react to it.” Iranian Foreign Minister Hussein Emir Abdullahian warned that “the European Union will shoot itself in the foot with such a decision.”

Instead of making a decision on this issue, which ultimately creates political as well as legal upheaval, the foreign ministers have decided for the time being to include the leaders of the IRGC on the list of people who have been sanctioned by the EU for human rights violations.

The EU administration has previously imposed sanctions, including an “asset freeze and visa ban,” on more than 60 Iranian officials and entities for Iran’s supply of drones to Russia and its crackdown on protests.

Hundreds of people, including security forces, have been killed during protests in Iran; Thousands of people were also arrested. The execution of at least four young people for their participation in the demonstrations also heightened the international backlash.

Renewal of the Customs Union – another spring? News. Last ...

The EU has agreed on new military assistance to Ukraine. Last ...