NATURAL GAS PRICES DECLINED IN EUROPE – IN THE WORLD 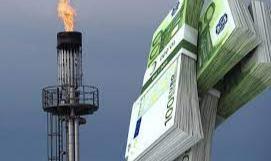 Gas prices in Europe started the new year off on the back of lower demand due to mild weather, with benchmark contracts falling 7.9% to their lowest level since 21 February. Thus, the decline continued on the 3rd week. Weather conditions in much of Europe are expected to be above seasonal for the next 2 weeks. It is predicted that due to favorable weather conditions, gas reserves in Europe will not run out early. While the EU has reduced its dependence on Russian gas, gradually increased its purchases of LNG from around the world, gas prices have fallen by about 47%. percent in December. The European Natural Gas Indicator The Netherlands monthly natural gas prices are 6.3 percent. It traded at 71.5 euros per megawatt-hour, falling. The total trading volume fell due to the holiday in the UK.

52 million 713 thousand people traveled in China during the New Year ...