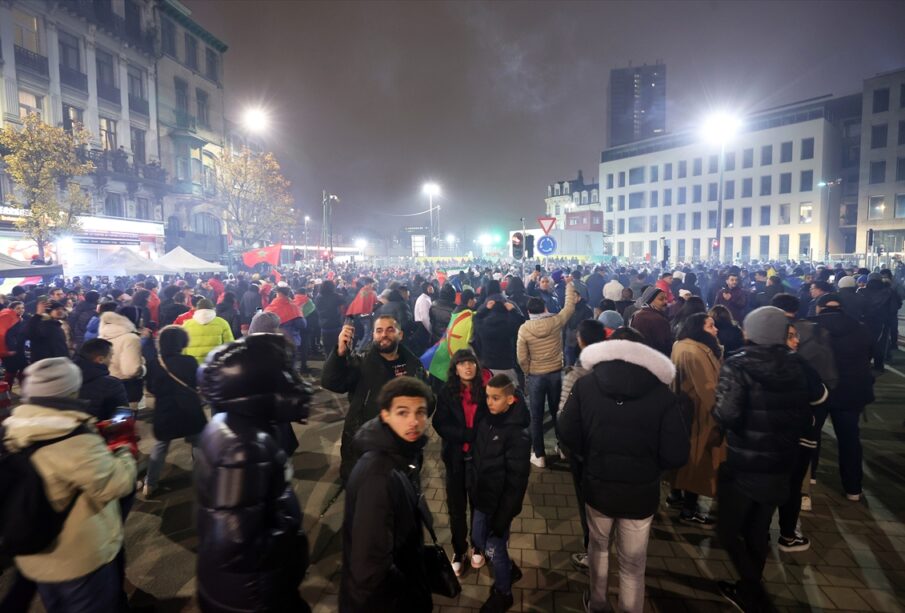 Thousands of Moroccans gathered on Corso Buenos Aires in Milan, one of the Moroccan concentration cities in Italy, and enthusiastically celebrated their national team’s victory over Portugal and reaching the semi-finals.

About 1,000 Moroccan fans gathered in the Centocelle area in the capital Rome and cheered for the victory of their team.

Thousands of Moroccans enthusiastically celebrated the victory of their team in the Swiss cities of Geneva and Montreux. At the Cornavin train station square in the center of Geneva, many people cheered for the Palestinian and Moroccan flags.

Dozens of cars formed a column, honked and drove to the victory lap.

Moroccan fans celebrating the victory of Portugal in Stockholm, the capital of Sweden, expressed their joy. Around 100 Moroccan fans gathered at Segeltorg Square to celebrate their country’s progress to the semi-finals of the 2022 FIFA World Cup.

Supporters who chanted slogans in favor of their country also cheered for Palestine. The fans later got into their cars and toured the city center.

Celebrations also took place on the streets of Brussels, the capital of Belgium, home to about 500,000 Moroccans.

The fans, who drove through the streets of Brussels, honking the victory of Morocco, gathered in the central districts, singing songs and setting off fireworks. After the Belgium-Morocco match two weeks ago, the Brussels police put in place strict security measures as the celebrations began. Some metro stations leading to the central areas were closed even before the match started.

The center of violence that erupted on 27 November around the Midi train station and Boulevard Lemonnier was also closed to traffic. The police urged people to stay away from these places. Two weeks ago, a large number of police were sent to the areas where the incidents took place.

Moroccans driving their cars to cities like Antwerp, Liège, Ghent and Kortrijk outside of Brussels honked, took to the streets and rejoiced at their country’s victory. 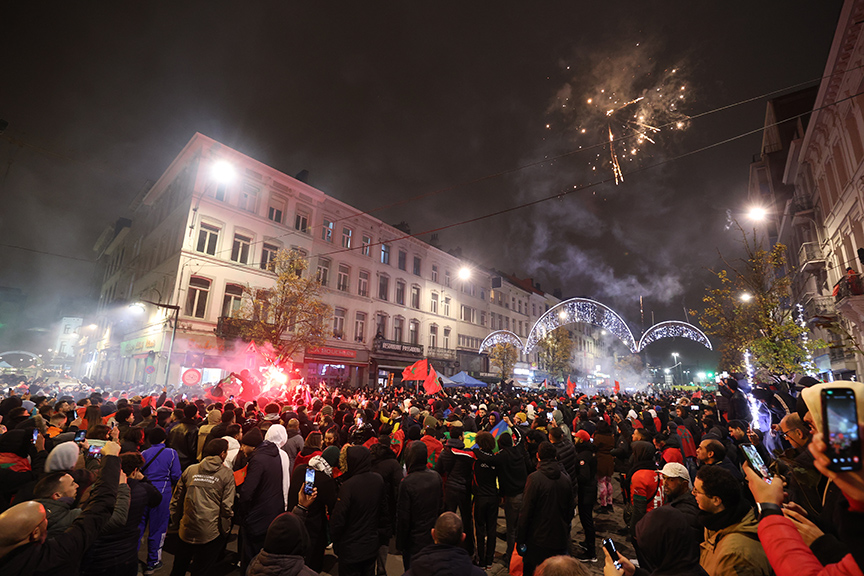 Moroccans took to the streets of Paris in France

After the victory of their team, the Moroccans rushed to the famous Champs Elysees in Paris. Moroccan supporters holding Moroccan flags, as well as those of Palestine, Algeria and Tunisia, sang songs and set off fireworks. Both sides of the street, where security was heightened, were filled with Moroccan supporters. 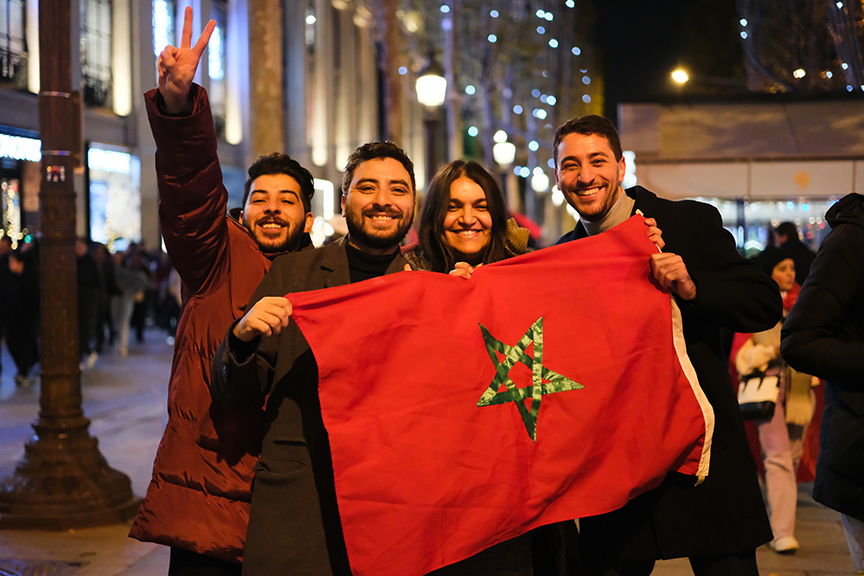 Fan Navel told AA that he was proud of his country and wanted to see Morocco in the final.

Asma, who was born in Morocco, said they hadn’t felt this way in years and said, “Long live Morocco.” said.

In London, the capital of England, Moroccan fans celebrated their country’s victory over Portugal in Trafalgar Square and Piccadilly Circus, which are important points in the capital. During the celebration, demonstrators chanted “Free Palestine”. 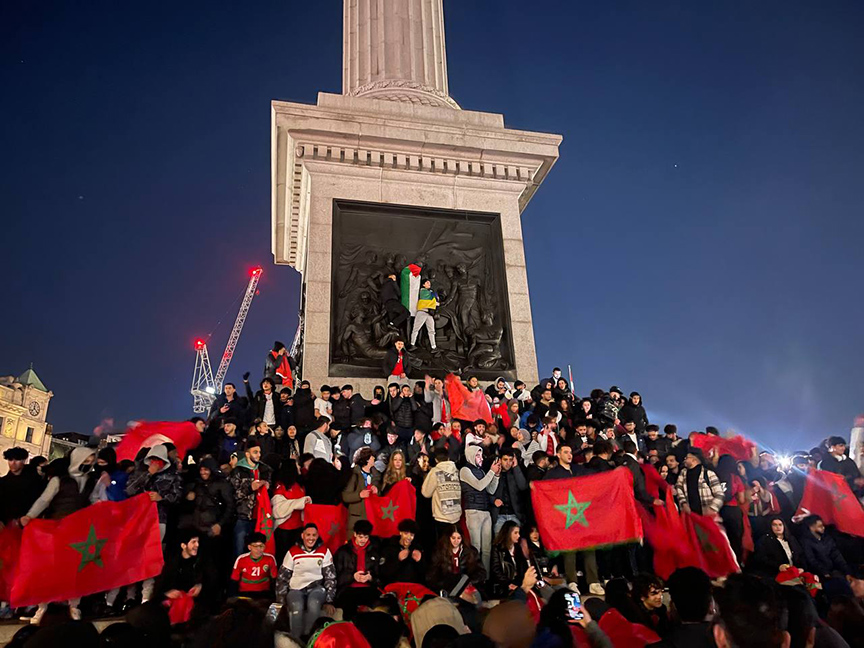 Celebrations were held in different cities of Spain

Spain, home to over a million Moroccans, 300,000 of whom are Spanish citizens, also witnessed the celebrations.

Hundreds of Moroccans took to the streets in the capital Madrid, Barcelona, ​​Murcia, Alicante, Almeria, Alicante and the cities of Melilla and Ceuta on the Moroccan border, which are linked to Spain, and celebrated the semi-finals by knocking out Portugal. in the quarterfinals of the World Cup.

Moroccans gathered in important squares in major cities such as Madrid and Barcelona, ​​chanting “greatest Morocco” and “Africa” ​​and lighting torches.

Moroccans, who drove around the city in Ceuta and Melilla, home to almost 40 percent of the Moroccan population, celebrated the success of the Moroccan national team by honking their horns and waving the flag.

Flags of Arab and Muslim countries carried at celebrations in Germany

The semi-final of Morocco at the World Cup was enthusiastically celebrated in Berlin, the capital of Germany. 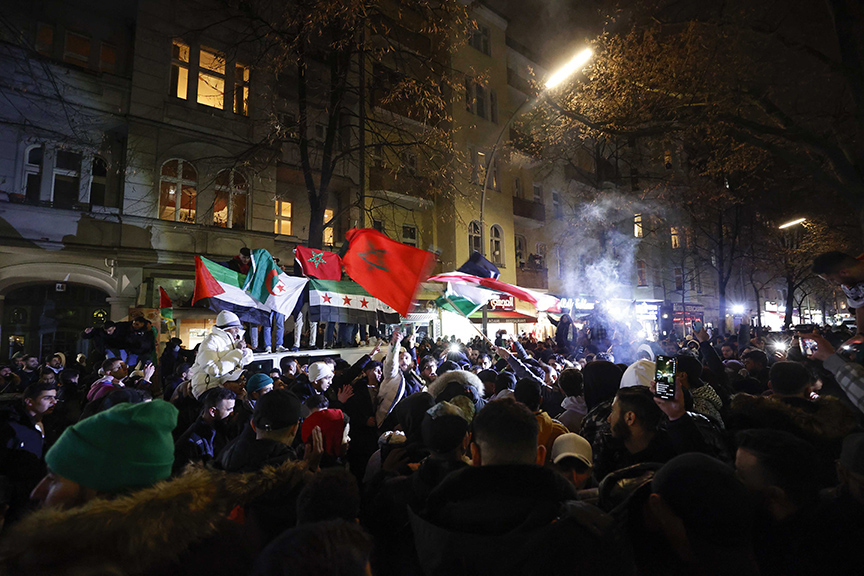 Football fans, who formed a column of cars in the city center, circled the stadium, waving the flag and honking their horns. The flags of various Arab and Muslim countries were also raised during the celebrations.

The group danced while temporarily blocking a section of Joachimsthaler Street. The Berlin police tried to regulate traffic. 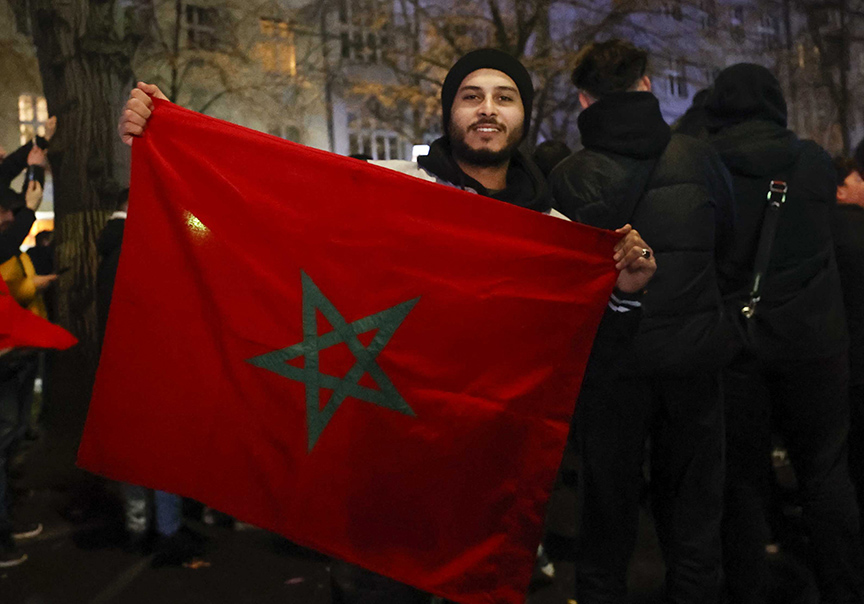 On Sonnenalle Street, where immigrants live, many people took to the streets after the Moroccan victory and the street was closed for the celebration.

News of the intervention of the French police to the Moroccan supporters ...

News “The United States does not approach the negotiations in Istanbul constructively.” ...