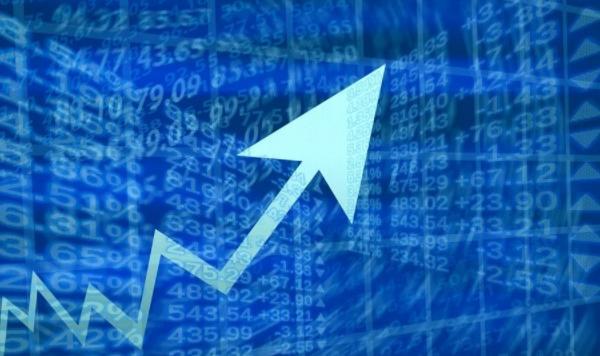 On the first trading day of the year, the US, UK, Chinese and Japanese markets were closed. On the other hand, other European markets were dominated by a positive outlook. The Euro Stoxx 50 rose 1.6%. On the domestic market, the BIST-100 index showed strong dynamics on the first trading day of the new year. While the close was realized at 5661, a daily gain of 2.8% was recorded. The volume of the transaction also amounted to 114.2 billion Turkish liras. While 87 stocks were up in the BIST-100, the stocks that had the biggest impact on the index’s rise were listed as THYAO, TCELL and KOZAL. Looking at today, European futures are in the negative zone. US futures are slightly higher. On the Chinese side, PMI data for the manufacturing sector was monitored. In December, Caixin’s manufacturing PMI plummeted from 49.4 to 49.0. Asian markets are mixed. In addition, the traditional safe-haven gold and the Japanese yen are rising in price. An ounce of gold added 0.7% and the dollar lost 0.8% against the Japanese yen. Under these conditions, we expect BIST-100 to open the day with a small buyer. As for the data, we will be waiting for the December CPI and domestic producer price index today at 10:00 CET. The CPI is expected to increase by 2.2% m/m and 66.7% y/y. (2.9% in the previous month, 84.4% in the past year) In Turkey, President Erdogan’s speech in the program “Contract Workers’ Holiday” will also be watched at 14:00 in Ankara. Data on the consumer price index will also be announced abroad, in Germany. From the US, PMI data in the manufacturing sector will be published. Markets in Japan are still closed today due to the holiday.

The leading foreign trade deficit for December announced by the Department of Commerce was $10.4 billion, surpassing the 2022 average of $9.2 billion. occurred. It was noted that the monthly recovery in exports was more limited than the monthly increase in imports. Monthly growth was also observed in imports of energy products and gold, which determined the high levels of imports throughout 2022. Gold imports totaled US$3.1 billion, up from this year’s average of US$2 billion. Energy imports totaled $8.8 billion in December, higher than the 2022 average of $8.1 billion. In 2022, gold imports amounted to $23.5 billion, which was over $7.1 billion in 2021 and partly less than in 2020 ($26.6 billion), in which we saw high gold imports. Energy imports, which stood at $50.7 billion in 2021, increased to $97.1 billion in 2022. While exports were within the SSP target in 2022, imports remained slightly above the SSP target.

Source: Ministry of Commerce, Ministry of Treasury and Finance.
S&P Global/ICI Turkey in December The manufacturing PMI jumped to 48.1 from 45.7, the highest level since June.However, the data remained below the 50th growth threshold for 10 months. Ultimately, while the slowdown continued, it showed that the pace was slowing down and raised hope that the manufacturing sector could recover as we enter 2023. While the decline in production and new orders slowed in December, there was the strongest increase in employment since February 2022. It was highlighted that inflationary pressures were much more moderate compared to 2022 as a whole.

Today in the country December inflation data at 10 CET. will be accompanied.

Aselsan (ASELS, limited positivity): The company has signed two contracts with Tusaş for the sale of avionics systems for end use by international customers, totaling $57.8 million. Under these contracts, deliveries will be made in 2024-2025.

Istanbul Stock Exchange: As part of the Volatility Precautionary System (VBTS), which was put into operation in accordance with the decision of the Capital Markets Council ULAS.E shares will be traded using the single price method from transactions from 03/01/2023 (the beginning of the session) to transactions from 02/02/2023 (the end of the session). The measures that are currently being implemented in the respective denominator and defined in previous phases under the VBTS (prohibition of short selling and overdraft, gross clearing and order package measures) will also continue during the implementation of the single price transaction method measure.

Again under (VBTS) KGYO.E shares will be traded in a package of orders from transactions from 03/01/2023 (the beginning of the session) to transactions from 02/02/2023 (the end of the session). The order package measure covers the practice of “limiting the market order and the market to limit the entry of the order”, “prohibiting the cancellation of the order, reducing the price of the order by reducing the quantity of the order”, and “limiting the publication of information on the collection of the order”. The measures that are currently being implemented in the relevant denominator and identified in previous phases under the VBTS (prohibition of short selling and lending and gross clearing measures) will also continue during the implementation of order package measures.

Note. The measures provided by the VBTS are evaluated separately from the trading rules of the market/platform on which the shares are traded, trading principles applied due to market changes or for other reasons. Accordingly, the VBTS measures continue to apply until the end of the validity period, except for the duration of the transaction principles enacted by other provisions or decisions.

Ahlatchi Natural Gas (AHGAZ): The company decided to increase its current issued capital from 208 million TL to 2,600 million TL, this time exceeding the share capital ceiling of 750 million TL, with a bonus issue of 1150%.

Adese Gairimenkul (ADESE): In the RAP statement dated 12/15/2022, Asto Gairimenkul Tik. A.Ş. was completed and it was announced in the Turkish Commercial Register Gazette dated 01/02/2023 under number 10738.

Kervan Food (KRVGD): As a result of the purchase made on June 30, 2021, and the subsequent mandatory withdrawal, the targeted capital increase of ZPC Otmuchow SA, located in Poland, 65.5% of which was registered with the participation of Kervan Gida and 2 other partners, has been completed. After the capital increase, the company’s new paid-in capital amounted to PLN 6 million. The amount we paid ZPC Otmuchow SA for this capital increase is PLN 2.66 per share, which is a total of PLN 9.6 million (approximately TL 41 million). Accordingly, the share of participation in the company increased from 65.5% to 67.0%.

Netash Telecommunications (NETAS): The company has signed a new contract with Türk Telekom for the supply, installation, integration and maintenance/support of BNG (Broadband Network Gateway) software and hardware for use in the fixed Internet access network in the amount of USD 4 million.

Trabzon Port Authority (TLMAN): A contract for the construction of an open sea tug with a 24-meter bollard pull of 60 t/s and a conventional propeller system was signed between the company and Med Marine Pilotage and Tugboat Services for the amount of 4.3 million euros, and the estimated delivery time was determined as 31.12 . .2023. For the planned investments, an initial contribution of 860 thousand euros was made.

TsKB GYO (TsGYO): The main shareholder of Fındıklı office buildings in Istanbul province, Beyoglu district, which are in the company’s portfolio, is Türkiye Sınai Kalkınma Bankası A.Ş. (TsKB) and its subsidiaries; It was decided to lease it for 5 years, not lower than the rental prices indicated in the year-end valuation reports dated 12/29/2022, published on the Public Disclosure Platform. As part of the signed lease agreements, the initial lease date is 01.01.2023 and the annual rent for 2023 is TL 38.3 million + VAT for TSKB, Yatırım Finansman Menkul Degerler A.Ş. for 3 million TL + VAT. 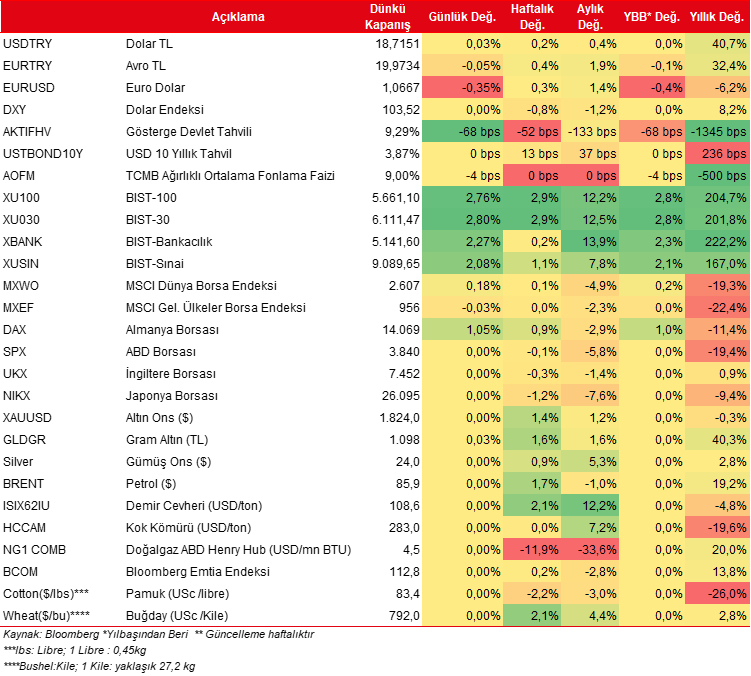 Journalists in Brussels: “Journalism is not a crime!” tell the news. ...