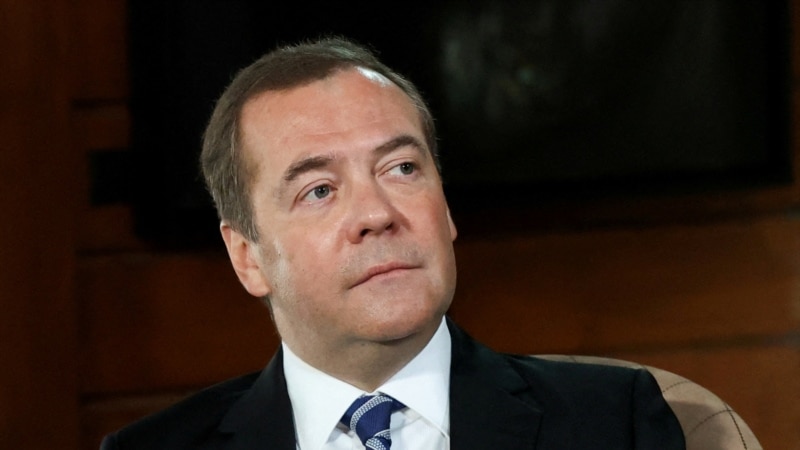 Former Russian Prime Minister and President Dmitry Medvedev, one of Russian leader Vladimir Putin’s closest associates, warned NATO that a Russian defeat in Ukraine would trigger a nuclear war. The Patriarch of the Russian Orthodox Church also said that attempts by Western countries to destroy Russia would lead to the end of the world.

Medvedev, who was in the country’s administration with Putin from 2008 to 2012, made the comment in a message he shared on his Telegram account. “The defeat of a nuclear power in a conventional war could provoke a nuclear war. “Nuclear powers have never lost in major conflicts on which their fate depends,” he said.

Russian Orthodox Church leader Patriarch Krill spoke in a similar tone during what he described as a time of unrest for the country, saying in his closing sermon that an attempt to destroy Russia would mean the end of the world.

Such apocalyptic rhetoric is aimed at keeping US-led NATO from further involvement in the war ahead of a meeting of Ukraine’s allies to discuss sending more weapons to Kyiv.

But the open admission that Russia can lose on the battlefield is interpreted in Putin’s inner circle as rare skepticism.

Medvedev said that NATO and other defense leaders meeting tomorrow at Ramstein Air Base in Germany to discuss strategy and support for the West’s attempt to defeat Russia in Ukraine should consider the risks of their policies.

Russian leader Vladimir Putin also considers the attacks on Ukraine a “special military operation” since the start of the occupation and sees it as his country’s struggle for existence against the arrogant attitude of the West. Putin says that Russia will use all available means to protect itself and its people.

While Putin is trying to prepare the people for a much harder war, he says they will never let Western leaders win and promises final victory.

Despite these claims, the US denies claims that it wants to destroy Russia. President Joe Biden warns that a conflict between Russia and NATO could trigger World War III.

But senior officials in Putin’s circle say the billions in military support for Ukraine from the United States and other Western countries means an open confrontation between Russia and NATO.

Russian Foreign Minister Sergei Lavrov also told reporters in Minsk that his country would do everything to ensure that the leaders of NATO and the European Union “sober up” as soon as possible.

Lavrov said in a statement: “I hope they sober up soon. We will do our best to wake up our colleagues in NATO and the EU as soon as possible,” he said.

Russia’s attacks on Ukraine on February 24 last year were the most serious tensions with the West since World War II and the 1962 Cuban Missile Crisis.

Asked if Medvedev’s statements had taken the crisis in Russia to a new level, Kremlin spokesman Dmitry Peskov replied: “No, it definitely doesn’t.”

Peskov said that Medvedev’s words are consistent with the nuclear doctrine, which allows you to protect yourself with a nuclear strike in the event of a threat to the existence of Russia.

broadcast by Voice of America Russian nuclear intimidation again in the news houra-ber.com editors have no editorial intervention. News “Nuclear Scare Again from Russia” is automatically posted on our website as it comes from the Voice of America website. in this district Russian nuclear intimidation again The legal addressee of the news is the websites and agencies that published the news.