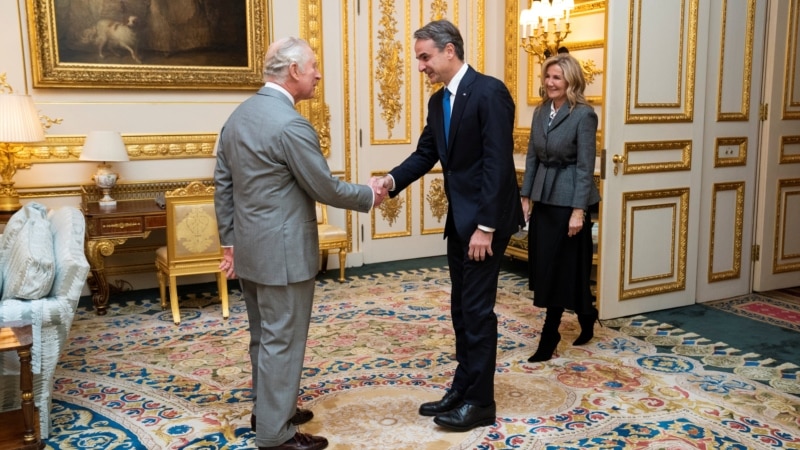 Greek Prime Minister Kyriakos Mitsotakis, who was in the UK, met with King Charles.

According to British press reports, during the meeting at Windsor Castle, issues of better preservation and restoration of the summer home in Greece, owned by the family of Prince Philip, were discussed.

King Charles’ father, Prince Philip, who died last year at the age of 99, was born in Greece and came from Greek and Danish royal families.

King Charles and his wife Camilla also visited the family’s summer home during a trip to Greece in 2021.

Meanwhile, it was reported in the media that Mitsotakis asked King Charles to return to Athens the Elgin Marbles, which were on display in the British Museum.

The 2,500-year-old Elgin Marbles, which are part of the Acropolis in Athens, are made up of sculptures, inscriptions, and architectural elements.

The marble is known by this name because it was brought from Athens to London by Thomas Bruce, the Scottish Lord of Elgin, who was then British Ambassador to the Ottoman Empire between 1801 and 1812. Their ownership continued to be a subject of dispute between Britain and Greece for many years.

Speaking to the Sunday Times last month, Greek Prime Minister Mitsotakis said he “had a good personal relationship with King Charles and believed he would support the return of the balloons.”