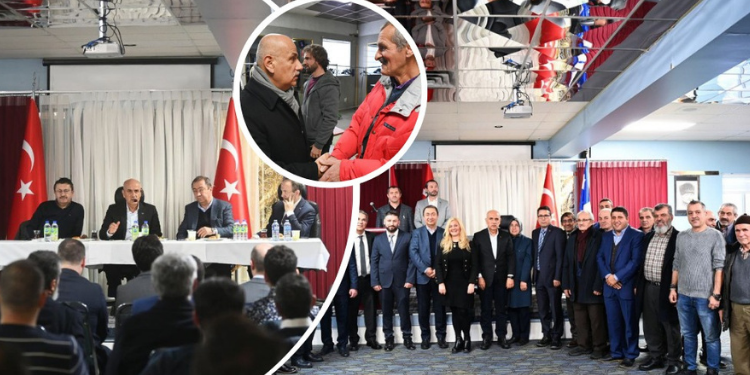 Minister of Agriculture and Forestry prof. Dr. Vahit Kirishci met with the Turkish community in Montreal, Canada where he was at the UN Conference on Biodiversity (COP15).

After the end of the UN Conference on Biodiversity, Minister Kirisci, who arrived at the Montreal Turkish Cultural Center, thanked Deputy Minister of Agriculture and Forestry Veysel Tiryaki, Turkey’s Permanent Representative to the International Aviation Organization (ICAO), Ambassador Suat Hairi Aka and the representative of Turkey. He was accompanied by the Consul General in Montreal, Sergeant Yondem.

Emphasizing that Turkey’s diplomatic missions abroad are at the disposal of its citizens, Minister Kirishki said: “We are also at your disposal. Take advantage of our insights in every problem.” said.

Kirishchi talked for some time with the citizens who participated in the rally, exchanged views, and at the end of the program he took a family photo and left the territory.

As Russia continues its attacks on Ukrainian infrastructure, the news is Passenger ...