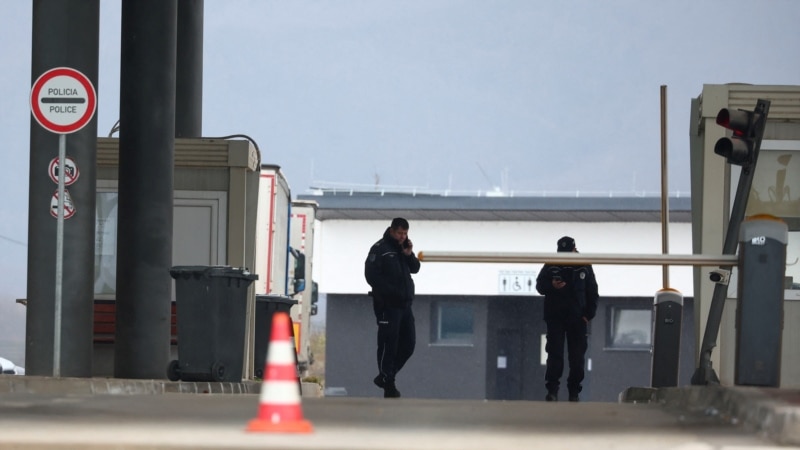 Kosovo today reopened two border crossings to the north with Serbia that had been closed for three weeks. The crossings were closed due to the fact that the Serbs blocked the roads with barricades due to a conflict with the government of Pristina.

The Kosovo police said that the Merdare crossing, which connects Kosovo with Western European countries and is a major road transport route, was opened after the barriers on the Serbian side were removed. Both border crossings reopened the day after the barriers were lifted.

Yesterday, Serbia also lifted a three-day emergency warning for its soldiers. Both Serbia and Kosovo have backed down in the face of pressure from the European Union and the United States to de-escalate tensions.

“This afternoon, the barricades were removed from where they had been erected and the two border crossings at Yarinje and Brnjaka were opened to traffic,” the Kosovo police said in a statement today.

Some 50,000 Serbs living in northern Kosovo refuse to recognize the government of Pristina or recognize Kosovo, which became an independent state in 2008, as a separate country. This attitude of the Serbs living in Kosovo is supported by the Serbian people and government.

Recent tensions between Serbia and Kosovo flared after Serbs living in northern Kosovo set up roadblocks on December 10 to protest the arrest of a former Serbian policeman. The Serbs agreed to remove the barricades after a former police officer was transferred from custody to house arrest on Wednesday.

The situation at the border arose after a months-long dispute over car license plates. Kosovo has been demanding that Serbs living in the north have for many years replaced their Serbian license plates with license plates issued by the Pristina government.

The balance of power between ISIS and al-Qaeda has changed, which are ...

How does military technology affect the course of war? News. ...