Journalists in Brussels: “Journalism is not a crime!” tell the news. Last Minute EUROPE, Belgium, CURRENT headlines and events 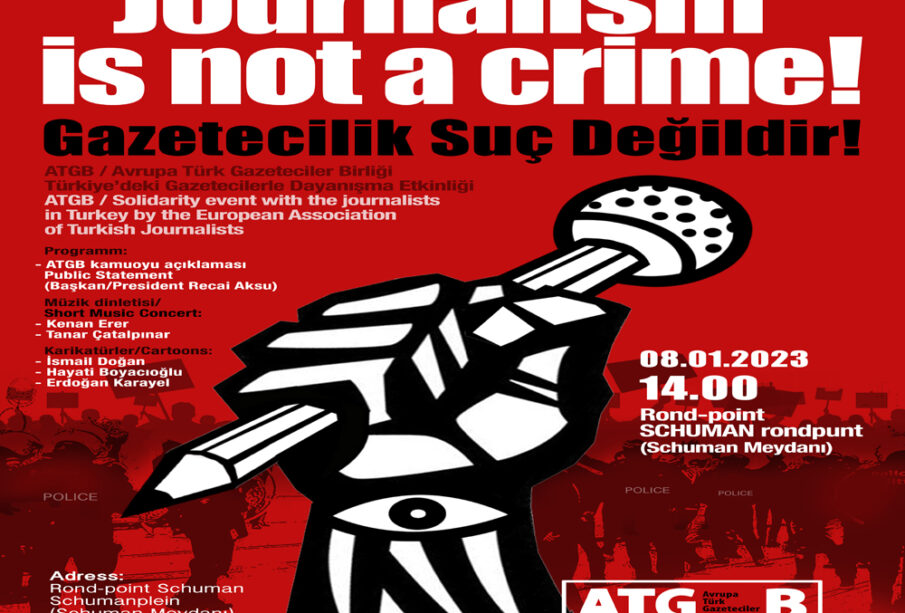 NEWS » EUROPE » Journalists in Brussels: “Journalism is not a crime!” I will say


European Union of Turkish Journalists (ATGB), January 8, at Schuman Square behind the European Union Commission and in the middle of the EU buildings in Brussels: “Freedom of the press in Turkey… 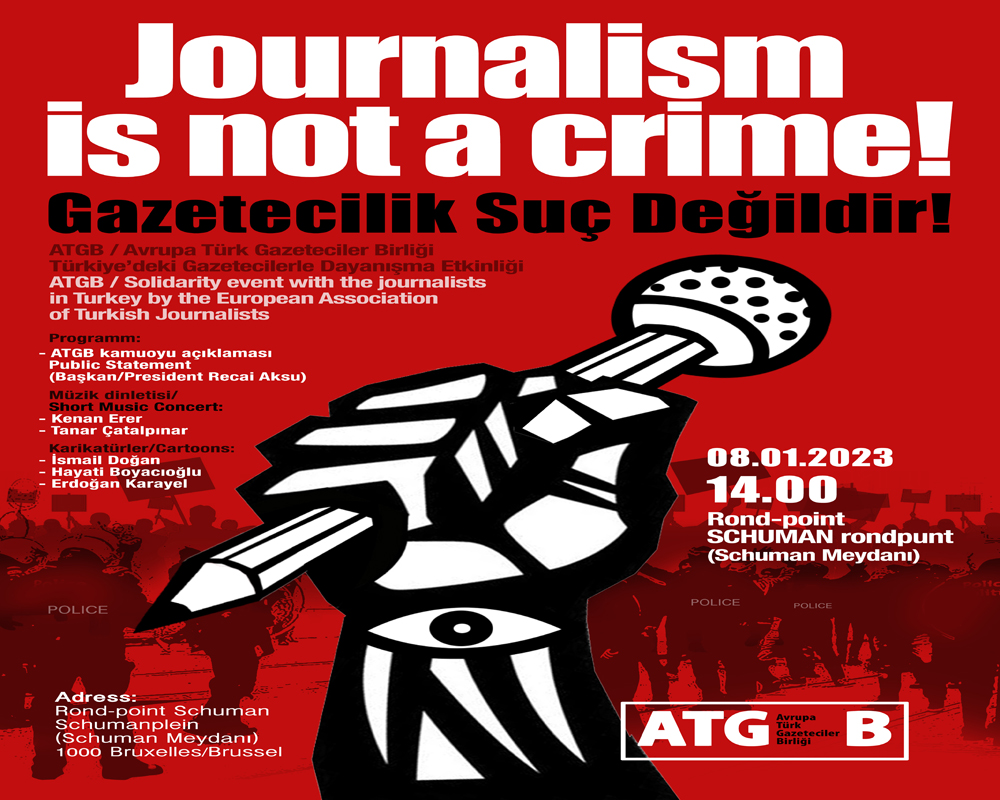 The European Union of Turkish Journalists (ATGB) announced on January 8 in Brussels, on Shuman Square behind the European Union Commission and in the midst of the EU buildings, “Journalism is not a crime” to respond to “press freedom violations and the new censorship law in Turkey.”

The ATGB, which has been active across Europe since 2002, will shout to the world that “journalism is not a crime” and let journalists in Turkey see that they are not alone. “With the media in Turkey under government control and independent and freelance journalists being silenced by the new censorship law, we could not remain silent. 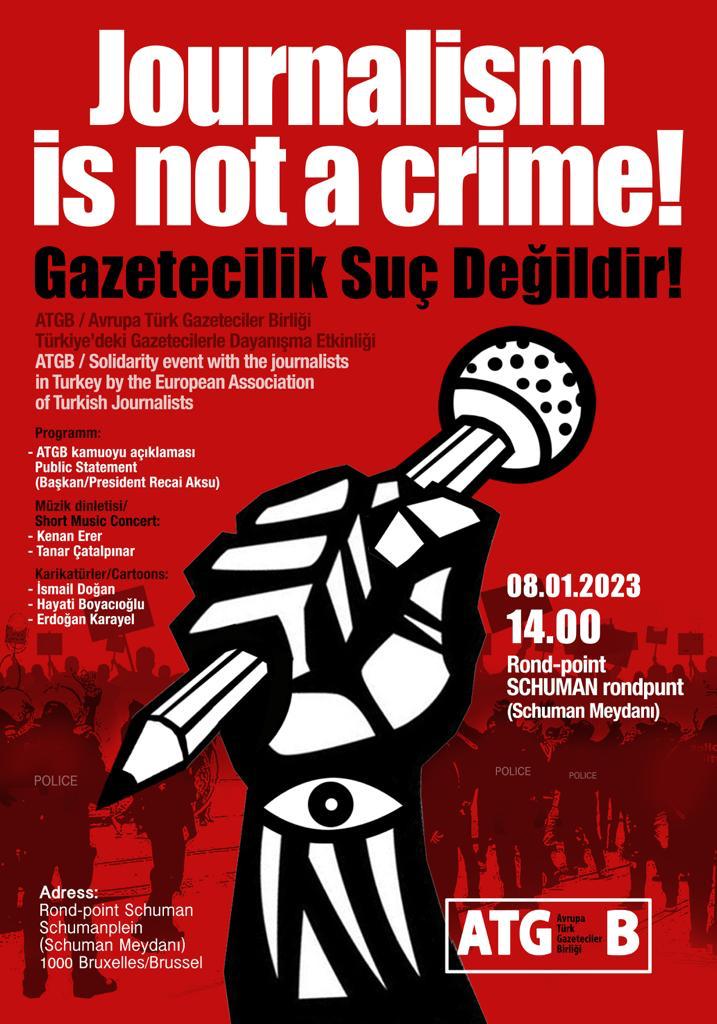 We are at Schumann Square at 14.00. This was stated by the leaders of the ATGB, calling on all democrats in Europe to attend the event in Brussels. At the event, the chairman of the union, Rechay Aksu, will make a public statement in 5 languages, drawing attention to violations of press freedom and the new censorship law in Turkey.

The event, colored by the music of artists Kenan Erer and Tanar Çatalpınar, will carry various posters raising awareness of press freedom and caricatures of cartoonist union members Erdoğan Karayel, Hayati Boyacioğlu and Ismail Doğan, while journalists will play a small theatrical performance showing the struggle with censorship.