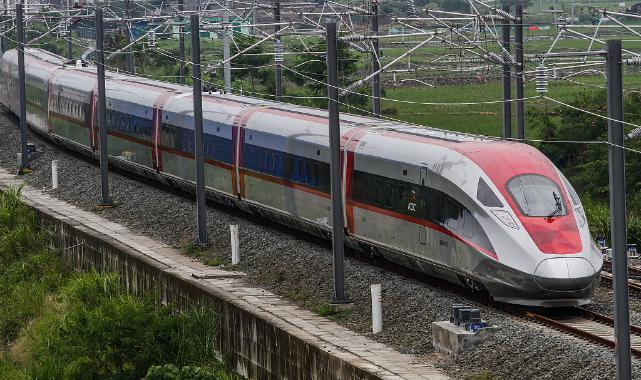 Jakarta-Bandung High-Speed ​​Railway Ready for Electrification TestsA trial section of high-speed rail between Jakarta in Indonesia and Bandung is reported to be ready for testing.According to the latest information provided by China International Railway Inc., electric power trials have begun on a trial section of the Jakarta-Bandung Railway after a Chinese-made high-speed train left Jakarta City last week.

The Jakarta-Bandung high-speed rail project is an example of concrete cooperation between China and Indonesia in the joint construction of the “Belt and Road”. The Electric Trains (EMU) and Integrated Inspection Trains (CIT) sent to Indonesia were designed and manufactured by Qingdao Sifang Company of the China Railway Corporation (CRRC).

The Jakarta-Bandung High-Speed ​​Railway is 142 km long and has a maximum design speed of 350 km/h. Thus, the travel time between Jakarta and Bandung will be reduced from 3 hours to 40 minutes. When completed, this line will be the first high-speed railway in Indonesia and Southeast Asia.

Russia’s need for oil from the US to India – MIR