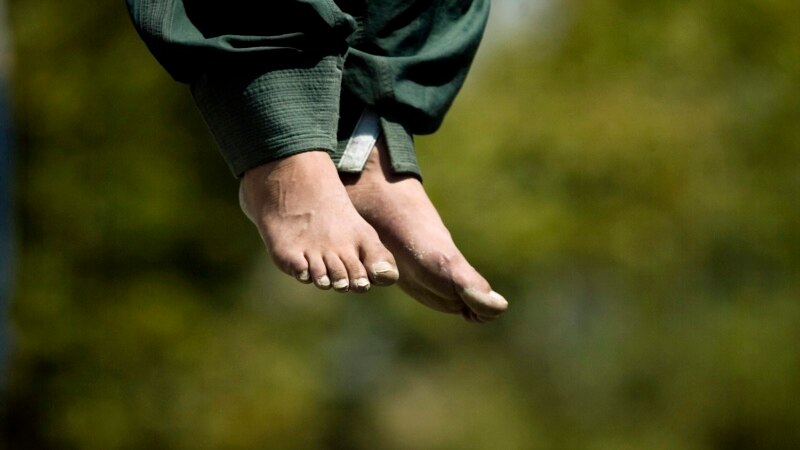 Two more people have been hanged in Iran who participated in protests that began after 22-year-old Mahsa Amini died in custody on September 16. The executed were accused of killing guards during protests.

Two male protesters were hanged on Saturday for their conviction for a misdemeanor charge. It is known that 11 people were sentenced to imprisonment for attacking the Basij guards, including three others who were sentenced to death for the same crime.

Iran’s official news agency IRNA stated in its news of the executions, “This morning, Muhammad Mehdi Karami and Sayyid Mohammad Husseini were hanged on the grounds that they caused the martyrdom of Ruhollah Ajamian for no reason.”

Thus, the number of people executed for participating in recent protests in Iran has increased to 4 people.

Last month, Amnesty International said it had learned that Iran had decided to sentence at least 26 people to death because of the protests.

Amnesty International and other human rights organizations say death row inmates are not allowed to defend themselves honestly and choose the lawyer they want, and are forced to use regime-appointed lawyers.

Amnesty International said the executed 22-year-old Karami was a karate champion and was forced to plead guilty.

A lawyer for Husseini, another person executed, shared information that Husseini had also been tortured to confess a crime in a December 18 Twitter post.

Lawyer Ali Sherifzadeh Ardakani explained that Husseini was beaten until he lost consciousness, his hands and feet were tied and he was shocked in various parts of his body. Iran denies allegations of torturing the detainees.

In the incident that sparked the protests in Iran, Mahsa Amini, a 22-year-old Iranian girl of Kurdish origin, was forcibly detained by the vice police on the grounds that she did not properly cover her hair and died at the police station.

Radan is a name that was placed on the US sanctions list in 2010 for acts against human rights in which he was involved. Radan is also known for being attentive to how women dress according to Islamic rules and advocates for stricter measures in this regard.
The police force, known as the Basij and affiliated with the Islamic Revolutionary Guard Corps, is known as the police force involved in the suppression of protests.

Iran blames the protests on Western countries, especially the US, and considers the suppression of the protests a matter of national security and sovereignty.

The non-governmental organization HRANA said that 517 people died during the protests that took place on the Iranian mainland, 70 of the dead were children. During the protests, 68 security guards were also killed. According to KHRANA, 19,262 people were detained in Iran in connection with the protests.

Iranian officials, on the other hand, have announced that up to 300 people, including security officials, have been killed in the protests.

Mohsen Shekari, 23, who participated in the protests, became the first protester to be executed three months after his December 8 arrest. Shekari was also accused of stabbing a Basij police guard, erecting barricades, setting fire to dumpsters and attempting to disturb public order.

Another 23-year-old protester, Majid Reza Rahnaward, was hanged on 12 December. He was accused of stabbing to death two separate Basij officials in Rahnaward.