In five questions “Why was the attack in Paris not recognized as a terrorist attack?” News. News headlines and events from Last Minute France 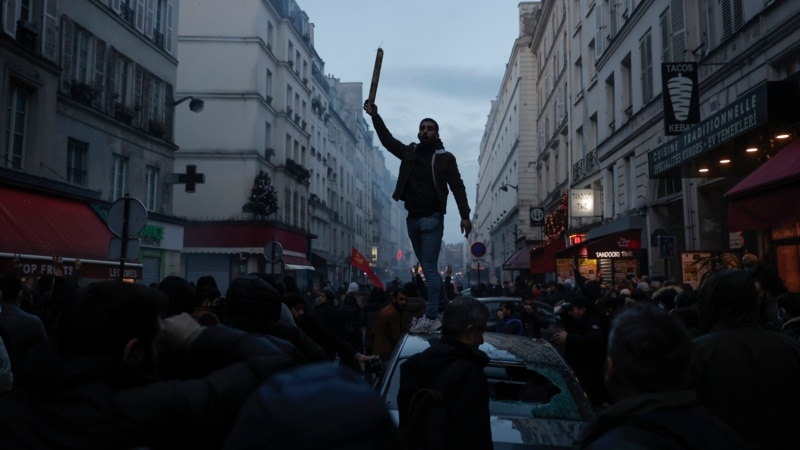 PARIS – The country’s national anti-terrorist prosecutor’s office, PNAT, has not claimed responsibility for investigating an attack on the Ahmet Kaya cultural center on Friday, Dec. 23 in Paris, the French capital, in which 3 people lost their lives, sparking legal wrangling.

The suspect, far-right aggressor William Mallet, was imprisoned pending trial on charges of “arranging a racially motivated murder” rather than a terrorist attack.

Mallet, 69, whose interrogation was interrupted for some time for health reasons, was arrested on charges of “murder and attempted murder on racial, ethnic, national or religious grounds, as well as receiving and possessing weapons without permission.” his testimony before the investigating judge.

Representatives of the Kurdish community opposed this decision, saying that “the persecution of our associations is of a terrorist and political nature.” Some politicians, such as Jean Luc-Mélenchon, the leader of Kurdish associations and organizations in France and the radical left-wing Insubordinate France (LFI) party, insist that “Turkey is behind the assassination” and argue that the attack should be considered a “terrorist attack and political attack.

Turkey, for its part, draws attention to the fact that establishing a connection with Turkey through a purely racist attack is “deliberate anti-propaganda”, and objects to the accusations made without any evidence. This week, Ankara summoned the French Ambassador in Ankara to the Foreign Ministry and directly expressed its dissatisfaction.

His social media name has long been “William M.” The allegation that the suspect was described as “William Mehmet” was circulated and some time later it was determined that this information was untrue.

Given that the murder was committed by a 69-year-old far-right Frenchman, the authorities have so far refused to qualify the incident as a “terrorist attack.”

A significant number of lawyers also provide support to investigators and court officials. French Interior Minister Gérald Darmanin said that “at this stage, the attack looks like a murder with racist motives.”

So why are the investigating judges, investigators and lawyers still not accepting this attack, which killed 3 people, as a “terrorist attack”? Here are the details of the legal discussion of the attack in 5 questions:

1- How is a “terrorist attack” defined in the French Penal Code?

In order to understand the reason why PNAT did not investigate, it is first necessary to understand the definition of an act of terrorism. According to Article 421-1 of the Criminal Code, a terrorist act is defined as “any act aimed at seriously disturbing public order by a person or group of persons by deliberate intimidation or intimidation.” These crimes are listed as “deliberate attack through acts against the community, life and integrity of the person; kidnapping and hijacking of aircraft, ships or other vehicles.

David Andych, a lawyer for the Kurdish Democratic Council in France, objects to this definition and says: “For us, the lone wolf thesis (radicalization and assault without instructions) is invalid, and this is an attack. We are dealing with a person targeting a specific community. “This man came with weapons to the Kurdish center, where a political rally will take place on the same day. All of this cannot be a coincidence.”

Emmanuel Daoud, a criminal lawyer for the Paris Bar and the National Anti-Terrorist Prosecutor’s Office (PNAT), told 20 Minutes: “What constitutes a terrorist character in the definition of terrorism is the premeditation of the act, that is, a serious breach of public order.” order through intimidation or terrorism. That’s why it’s something that needs to be analysed. “These are not the consequences of the action, but the intent of the suspect, the goal he is pursuing. A racist act may result in a serious breach of the peace, but the intent of the perpetrator need not necessarily be to intimidate or intimidate.”
PNAT explains that it did not investigate because “there is no indication at this stage that William M. intends to seriously disrupt public order through intimidation or terror.”

Lawyer Emmanuel Daoud explains: “The alleged racist nature does not justify the terrorist nature. If you think otherwise, an act of terrorism does not have to be an act. For example, the quality of terrorism can be saved to supply the people of a terrorist organization or simply finance terrorism.”

2- How to understand the terrorist intent of the attack?

According to the Criminal Code, for an attack to be considered terrorist, the act must be carried out with the aim of “undermining the integrity of the national territory.”

Investigators also say there was no such element in the attack. PNAT investigators told French media: “It is easy to determine the intent of a perpetrator if he claims to be a member of a terrorist organization or acts on behalf of a terrorist organization. When this is not the case, to understand that it was the intention of the suspect at the time of the discovery of the facts, to determine for what purpose he acted, the elements collected during the investigation must be analyzed in full, ”he says.

There are many factors in the prosecutor’s statements that explain “the arrow did not turn towards terrorism”: Despite all the searches, there was no evidence that the suspect was associated with an organization or structure in his home, a phone or a computer that he received instructions or reported before taking any action. According to the prosecutor, a search in his house did not reveal any connection with extremist ideology. Additionally, William Mallet’s name was not included on the “S Form”, also called the “Security Form”, despite his assault on an immigrant camp with a machete, resulting in one year of pre-trial detention.

Lawyer Emmanuel Dowd states that in order for this terrorist character of the truth to be preserved, there must be evidence, videos and documents linking it “with a deadly ultra-right ideology or far-right identitarian groups promoting violence.”

3- What is the difference in working with terrorism or murder files?

This murder raises a question that has been recurring in recent years. What are the PNAT criteria for selecting certain cases? The most important answer to this question is the difference in how the court handles the case.

Because the possibilities of investigation and the scope of powers of PNAT are wider. Olivier Kahn, a researcher at the Center for Sociological Research in Law and Penitentiaries (Cesdip), told La Croix newspaper: “There are some advantages, such as the ability of the police to extend detention, cooperation between the judicial police and intelligence during the investigation if the attack is recognized as a terrorist attack. First, characterizing an act as a terrorist attack often also provides much wider media or political coverage,” he explains.

4- Can the nature of the investigation still change?

PNAT investigators said, “This assessment will always change as the investigation continues,” recalling that the attack could turn into a terrorist investigation in light of the findings. Lawyer Emmanuel Dowd says that if an investigation reveals a suspect’s affiliation with identitarian or pro-violent groups, PNAT could accept the case for investigation.

In this case, as is customary, the PNAT will ask the investigating judge to indict the defendants by “integrating the terrorist nature of the attack into the charge.” And after this stage, the anti-terrorist prosecutor’s office withdraws the case. If the case is referred to the anti-terrorism prosecutor’s office, the case will be tried by a special terrorism court, as will the Charlie Hebdo case, the November 13 attack in Paris and the terrorist attack in Nice. Otherwise, the hearing will take place in the High Criminal Court, which deals with the murders.

5- What are the exemplary solutions in other attacks?

According to information obtained by VOA from judicial sources, “the pathological hatred of the 69-year-old assailant for foreigners cannot be considered as a special dislike for the Kurds.” According to initial reports, “before the attacker went to the Ahmet Kay Cultural Center on Enghien Street, he even considered going to Saint-Denis and randomly attacking in the middle of the street, but when he could not find a sufficient crowd here and was unable to “change clothes”, he returned to his home, draws attention to statements that he has decided to leave.

In practice, counter-terrorism investigators are primarily interested in the profile of a suspect and his possible affiliation with an extremist group. The authorities indicate that the fact that he was taken to a psychiatric hospital while in custody may also play a role in this decision. Exposure to mental conditions that can affect a person’s judgment causes the PNAT to “reject” a case on a regular basis.

For example, in 2019, when an 84-year-old retiree in Bayonne shot and seriously injured 2 people near a mosque in Bayonne, PNAT did not take action. This decision caused a lot of criticism from the Muslim community. Jean-Francois Ricard, boss of PNAT, told the National Assembly in 2021 that they had not received a dossier on the attack because “it was determined that the suspect carried out the attack with completely inconsistent statements and overtly racist but bizarre motives.” .

The same controversy occurred during the attack in Nice on 14 July 2016, which is still under trial, when a suspect drove a truck into a crowd on Nice’s most crowded coastal road, killing 86 people.

During the trial, defense lawyers disputed the terrorist nature of the attack. The court’s response was as follows: “It was determined that the attack was of a terrorist nature, especially in connection with the choice of the world-famous Promenade des Anglais and a national holiday. The fact that he drove a truck also made him a daily target of war and death for the purpose of terror and intimidation. This caused a collective outrage, causing him to turn it into a weapon.”

Conditions for opening the Lachin corridor from Baku. News headlines and ...