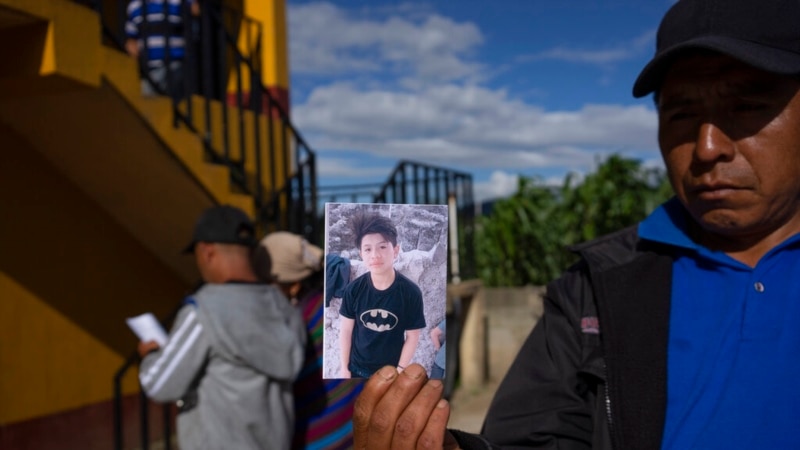 On the way, a large number of immigrants and refugees who want to illegally enter the United States in search of a better life die, especially low-income people living in Latin American countries experiencing economic, social and political problems.

A report prepared by the International Organization for Migration states that 4,133 of the 4,694 deaths recorded over the past eight years have occurred at the US-Mexico border.

According to the report, at least 114 children and 360 women were among those killed on the road, and 60 percent of the bodies could not be identified.

According to the report, most of the deaths are among immigrants from Mexico, Venezuela, Guatemala and Haiti.

US Customs and Border Protection (CBP) data showed that the number of immigrants caught trying to enter the country illegally last year hit a record high of 2,700,000 for the year; It also shows that the death toll on the Mexico-U.S. border has risen to over 830.

Many immigrants attempting to enter the US from South America by road risk their lives by becoming involved with criminal organizations and the harsh environment.

During the long process of migration, immigrants, especially children, pregnant women and the elderly, experience difficulties in accessing health care, food, water and sanitation. Violence and gender-based abuse are among the problems that immigrants face.

Among the causes of death of immigrants are such topics as environmental conditions, murder, disease, poisoning due to insect bites, and the like.

“Central America is near the epicenter of an immigration storm”

Nicola Graviano, one of the officials of the International Organization for Migration in El Salvador and Honduras, notes that Central America is not only migrating, but has recently experienced a migration storm.

Graviano states that those who attempt to cross the forests of Darien, known as the Green Hell, on foot risk their lives, especially because of the danger of attack from criminal organizations and wild animals, except for the swamps and steep valleys located between Colombia and Panama.

The number of extremely poor people in the region has reached 82 million.

According to the United Nations Economic Commission for Latin America and the Caribbean (ECLAC), the number of people living in extreme poverty in the region has reached 82 million, and four out of 10 people do not have access to adequate food.

Experts report that the problem of immigration will persist unless the socio-economic conditions leading to immigration in the countries of the region are improved, especially in Venezuela, Central America and Mexico.

In China, the number of cases fell slightly – WORLD