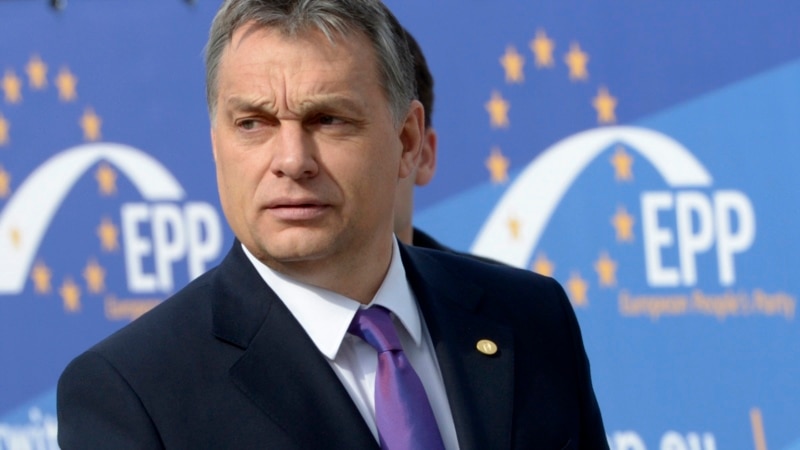 Tensions between the EU administration and Hungary, which have been going on for several months, cannot be reduced.

The Budapest government has retaliated against an EU Commission proposal to suspend €13.3 billion in funding on the grounds that “it cannot move fast enough on the anti-corruption reforms and independence of the judiciary” demanded by the EU.

Hungary has vetoed an 18 billion euro aid package prepared by the EU for Ukraine to survive winter conditions.

European Union finance ministers who met in Brussels to discuss financial assistance to Ukraine during 2023 faced an expected veto from Hungary.

At a meeting chaired by Zbynek Staniur, Minister of Finance of the Czech Republic, which holds the EU Presidency, Hungary, whose payments had been suspended, used its veto card.

Hungarian Prime Minister Viktor Orban said that after the suspension of the 13.3 billion “cohesion and reconstruction” fund he expected from the EU, “they are against helping Ukraine, as the EU, they prefer the countries themselves to provide assistance.”

The meeting adopted the “Multi-annual financial program (MFP)” in connection with the EU budget for 2021-2027, which is sufficient only for most of the three legislative texts that make up the aid package to Ukraine. Two other articles requiring unanimous consent were not adopted.

“We will not lose heart, our goal remains to start helping Ukraine in early January,” Czech Finance Minister Zbynek Staniura said during the meeting.

The Czech minister also said that he had asked the Economic and Financial Committee, the EU’s advisory body, “to explore alternative technical solutions to circumvent the Budapest veto.”

“This means that we will look for a solution supported by 26 Member States,” said Stanjura, stressing that Hungary was left alone.

The aid package to Ukraine is not the only issue that Budapest has blocked. Hungary also announced that it would veto a project by the Organization for Economic Co-operation and Development (OECD) to introduce a minimum tax on the profits of multinational companies. These two issues were shelved due to the Hungarian veto.

Budget Commissioner at the EU Commission, Johannes Hahn, said they are focusing on a formula for launching an “advanced cooperation” mechanism, which is a 26-member legal way against a Hungarian veto.

But this alternative is a solution requiring “national guarantees”. It requires EU countries to “provide national protection against software vulnerabilities”, which in some cases requires parliamentary approval, which is feared to take time.

The Czech Presidency states that “regardless of whether Plan A or Plan B is adopted, they do not have the slightest fear that Ukraine will receive the promised payment in January.”

Valdis Dombrovskis, Vice President of the European Commission, said that with the proposal adopted today, the statement “When the European Council agrees on the 18 billion package, it will allow all the necessary preparations to be made for the money to reach Ukraine. in January”.

The Council asked the Commission to reassess Hungary, bearing in mind that the Hungarian Parliament will meet tomorrow to take new measures in line with the reforms agreed with the Commission.

He gave the commission until Friday to make that assessment.

After the new decision of the European Commission, the issue will be discussed first at the level of ambassadors, who will meet next week, and then at the level of ministers.

The issue can also be submitted to the summit of EU leaders, which Viktor Orban will hold on December 15-16.

The countdown has begun

There is little time left for Member States to decide on the funding of Hungary. EU governments have until December 19 to take a position on freezing funds that are planned to be transferred to Hungary.

If no decision is made by this date, the funds will automatically go to Hungary.

If the EU rescue plan for Hungary is not approved by the end of the year, Hungary also risks losing 70% of the €5.8bn grant.