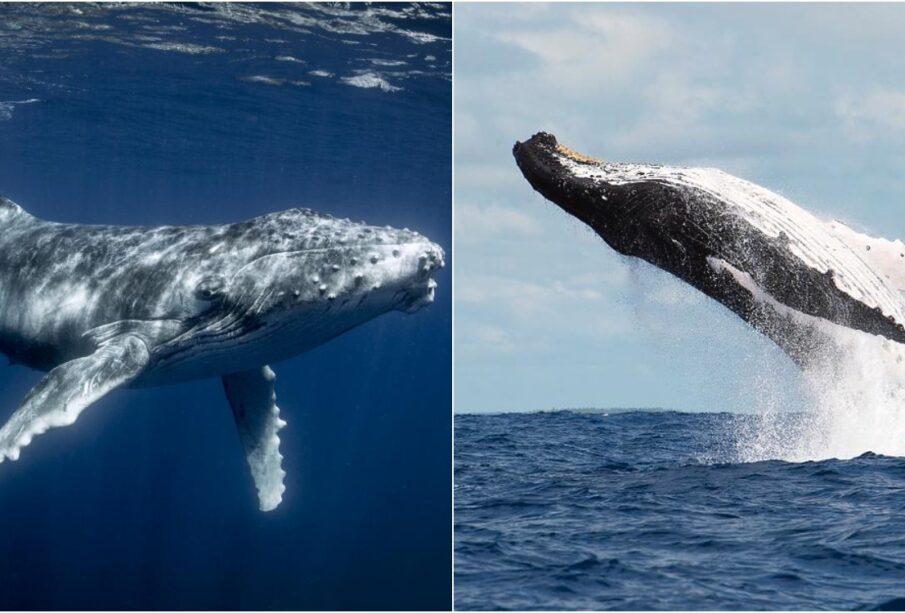 Oceans and seas are rather mysterious places where we still do not know all the secrets! So much so that many of the most beautiful and interesting creatures in the world live here. The oceans are home to countless mysteries just waiting to be discovered, from microscopic creatures to gigantic creatures. Here the whales, one of the most majestic creatures of the oceans, are also creatures with very interesting features.

And not only their gigantic size makes whales interesting. Their superior ability to absorb carbon dioxide from the atmosphere makes whales big and special creatures! Due to these unusual features, whales play a very important role in the ocean ecosystem. In a sense, these creatures fighting global warming are taking on the all-important task of continuing life on earth. Here’s what you need to know about these unusual battles between whales, the giant creatures of the oceans.

Whales are extremely important creatures in determining the temperature of our planet.

Because they have a very unusual and important feature, such as the ability to store carbon dioxide from the atmosphere in their bodies! Whales contribute to the “cooling” of the planet by accumulating carbon dioxide in their bodies. Terrestrial ecosystems are destroyed daily by the human factor. This leads to a gradual increase in carbon content in the atmosphere. An uncontrolled increase in carbon content in the atmosphere causes an increase in the average temperature on Earth. Rising temperatures eventually turn into a major threat to life, such as global warming. A 2010 study found that prior to industrial whaling, whales carried between 190,000 and 1.9 million tons of carbon to the ocean floor each year. In other words, whales are contributing to the fight against global warming, as if between 40,000 and 410,000 cars are banned every year.

Absorption of carbon dioxide is not the only contribution of whales to the ecosystem.

But industrial whaling is damaging the ocean ecosystem.

Whales have been an important food source since ancient times. It is estimated that the first commercial whaling in history took place in 1000 BC. However, the industrialization of whaling does not bode well for the future of the world! Scientists claim that the whale population may have decreased by 66-90 percent since the first commercial whaling! When whales hunt or drown dead on the ocean floor, the vast amount of carbon dioxide they store in their bodies is released into the ocean and atmosphere. According to some studies, during the 20th century, industrial whaling released 70 million tons of carbon dioxide into the atmosphere!

Whales must be protected to fight climate change

The International Monetary Fund (IMF) published a report in 2019 on the need to increase the whale population in the oceans. According to the report, the average cost of a whale is over $2 million, considering their lifetime contribution to carbon uptake and some other reasons. For this reason, some measures must be taken to protect the whale population! Because whales are an indispensable part of the fight against climate change.

Companies responsible for carbon emissions have a big responsibility!

There are various projects designed to protect the whale population. Among them, those that place important responsibilities on companies that are largely responsible for carbon emissions are extremely smart projects. Accordingly, it is recommended that large firms spend part of their income on maintaining the whale population.

For example, Chile is working on an early warning system that identifies whale habitats and develops routes for ships moving away from these areas. Some studies argue that whale protection should be a top priority in the fight against climate change.

Minister Varank: “YDD mechanism will contribute to the revival of full membership” ...