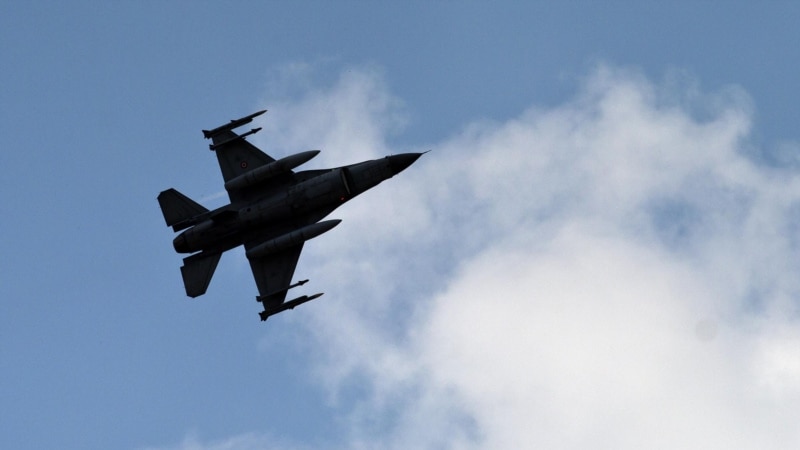 According to the Reuters news agency, some Turkish and opposition Syrian sources said Turkish warplanes crossed Russian and US-controlled airspace in Syria for the first time to target YPG militias in Syria and attempted to mobilize Syrian allies to expand the operation.

Following the November 13 attack on Istiklal Street, Ankara said it would respond to the attack. In recent days, Turkish F-16 fighter jets have carried out airstrikes on YPG targets in Syria.

Turkey’s use of Russian and US controlled airspace in Syria may indicate Ankara’s growing influence over Moscow and Washington. After the Russian invasion of Ukraine, Turkey began to pursue a policy of diplomatic balance, condemning the invasion, on the one hand, and opposing Western sanctions against Russia, on the other.

The Russian Defense Ministry and the US State Department did not respond to requests for clarification on this matter.

A source at the Ministry of National Defense noted that Syrian, Russian or American airspace was never used in the latest airstrikes against Kurdish military bases in Syria, and that the planes hit all targets from Turkish airspace.

However, a senior Turkish security official and two senior Syrian opposition figures who had contact with the Turkish military told Reuters that the warplanes were flying into Syrian territory from a US-backed area controlled by the YPG, and Ankara is in contact with Russia on this very issue.

A Turkish security source said: “Turkish planes used airspace controlled by America and Russia. A certain level of coordination has been achieved with these two countries.”

High-level Syrian opposition colonel Abduljabbar Aqaidi, who was briefed on the latest developments, said: “He coordinated with the Turks, Russians and Americans in areas under the control of these two countries in Syrian airspace.”

Journalist Hande Firat, who has close sources in the Turkish government, wrote in her news in the Hürriyet newspaper: “The two countries that controlled the Syrian airspace, namely the US and Russia, were forced to open their airspace, especially after the Taksim attack. ”

Ankara noted that the operation, carried out over the weekend, was in response to a bomb blast on Istiklal Street last week that killed six people.

No one claimed responsibility for the attack on Istiklal Street. The PKK and the Syrian Democratic Forces deny any involvement in the attack.

Turkey also continued to shell Kurdish bases and other targets in Syria today. National Defense Minister Hulusi Akar urged the US to stop supporting the YPG.

The United States has formed an alliance with the YPG-led Syrian Democratic Forces to fight ISIS in the 11-year Syrian civil war, which has led to a deterioration in relations between Turkey and the United States. Turkey notes that the YPG is a wing of the PKK, which is considered a terrorist organization by the US and other countries.

Washington, on the other hand, warned against military action that would destabilize Syria, urging Moscow, Ankara and others to exercise restraint.

The commander of the Turkish-backed opposition wing and two Turkish sources said armed Syrian opposition groups that are part of the Syrian National Army have been asked to prepare for the possibility of scaling up the operation against militants.

The senior commander, who was not authorized to make public statements on the matter and spoke on the condition that his name not be released, said: “The Turks called on all commanders on leave to return to their positions, and those in Syria to remain in place and raise the level readiness.”

The commander said: “They have not yet been assigned tasks, and there is no plan.”

A Turkish security source and another senior Turkish official said puppets are being prepared in Syria, but no timetable has been set and no final decision has been made.

President Recep Tayyip Erdogan promised in May that an operation would be launched in Syria, and the alert level of proxies in Syria was raised, but the operation was never launched. Erdogan said the air operation will be followed by a ground operation.

The attack on Istiklal Street was a reminder of the violence before the 2015 elections and raised the possibility that next June’s elections will be held as part of Erdogan’s security campaign.