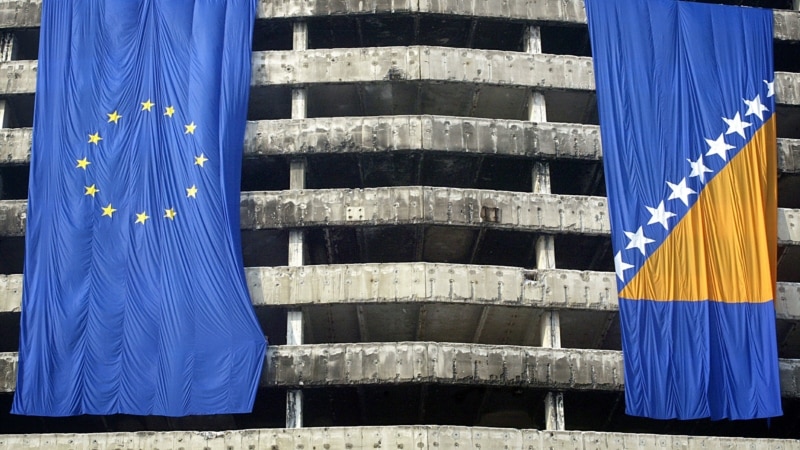 It is reported that the Ministers of General Affairs of the European Union agreed that Bosnia and Herzegovina will be an official candidate for EU membership along with 27 countries. Announcing the deal, EU diplomats said the ministerial recommendation is expected to be ratified by EU leaders on Thursday.

Thus, Bosnia will join other candidate countries such as Albania, Moldova, the Republic of North Macedonia, Montenegro, Serbia, Turkey and Ukraine in the EU accession process.

However, this process can take many years and involves complex negotiation of local regulations to bring them in line with EU law.

For example, Turkey has been an EU candidate since 1999.

“This was part of the agreed expansion decisions on the condition that the reforms identified by the Commission and the 14 key reforms agreed in 2019 are implemented before negotiations begin. This is a political signal in light of the current geopolitical situation,” the EU diplomat said. Information agency Reuters.

On the other hand, Kosovo Prime Minister Albin Kurti said today that Kosovo will apply to join the European Union this week.

Albanian-dominated Kosovo declared its independence from Serbia in 2008 with Western backing after the 1998-1999 war when NATO intervened to defend the region.

Kosovo is not a member of the UN, and five EU countries, Spain, Greece, Romania, Slovakia and Southern Cyprus, refuse to recognize the state of Kosovo.

Before any possible membership, Kosovo must reach an agreement with Serbia to normalize relations. The EU is working on an agreement that both sides hope will be agreed upon within a year.

Serbian protesters in northern Kosovo blocked major roads after a shootout with police following the arrest of a former Serbian policeman amid escalating tensions between authorities and the Kosovo Serb minority.

Today is the fourth day of the blockade, and there is no sign that the protesters will remove gravel trucks and other heavy equipment from the main streets.

Kurti asked the NATO peacekeeping mission to clear the roads.

About 110 countries recognize the independence of Kosovo, but Serbia, Russia or China and other countries do not.

Although the 27 member states did not want to expand the EU, Russia’s invasion of Ukraine prompted them to invest more energy in developing relations with six Balkan states: Albania, Bosnia and Herzegovina, Kosovo, Montenegro, North Macedonia and Serbia.

Kosovo is the only country in the region that has not yet applied for EU membership.

A donation of 1 billion euros for Ukraine was collected in Paris. ...