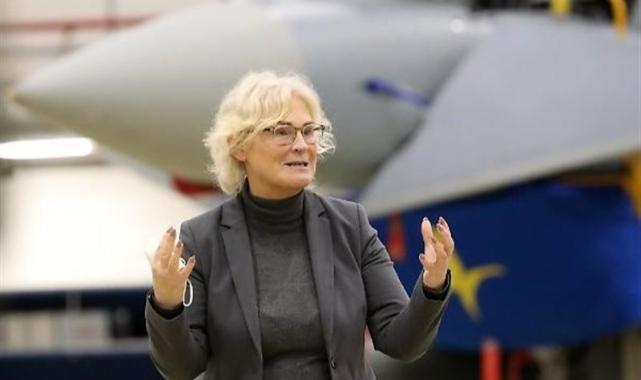 German defense minister resignsGerman Defense Minister Christine Lambrecht has submitted her resignation to Chancellor Olaf Scholz.Christine Lambrecht, in a statement on the German Defense Ministry’s Twitter account, said she had decided to leave her post and conveyed this to Prime Minister Scholz.Lambrecht noted:“The media, which has been focused on me for several months, does not allow objective coverage and discussion of soldiers, the armed forces and security policy decisions that are in the interests of German citizens. The valuable work of soldiers and many motivated people in the army should be at the forefront. That’s why I decided to leave my job.” Lambrecht, who thanked everyone who gave him this opportunity and supported him, is expected to make a statement on the matter in the coming days.received a lot of criticismChristine Lambrecht discovered her shortcomings during her tenure and became the target of public criticism.Lambrecht, who became defense minister in December 2021, said in one of his first interviews that he did not know the ranks in the army and would send 5,000 helmets to Ukraine in January 2022 before the start of the Russian-Ukrainian war. It was also heavily criticized that he took a photo of his son taken in a helicopter and shared it on social media. After the visit, Lambrecht and his son were on vacation. Lambrecht admitted that he took this photo a few months later.

The UK healthcare system is under a lot of pressure. Last ...

The French healthcare system is going through a “painful period”. Last ...