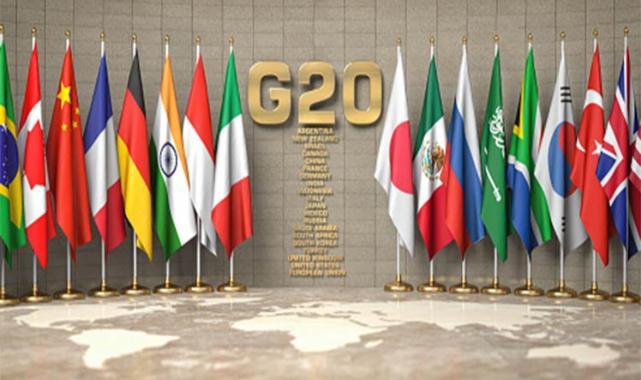 The final declaration of the G20 summit was published in 52 articles after two days of leaders’ meetings.The declaration stated that the summit was held at a time when many crises were simultaneously going through the world. It was emphasized that the G20 should take the necessary and clear steps in this critical period for the world economy.The declaration stated that it will continue to support developing countries, especially the least developed and small island countries, in the fight against global challenges, and stated that under this goal, 5 steps will be taken to ensure a holistic and strong recovery, increased employment and sustainable development. “Therefore, we are determined to take urgent action to save lives and prevent hunger and malnutrition, with particular attention to vulnerable communities in developing countries. Sustainable, sustainable agriculture and food systems are committed.” We are satisfied with the Istanbul Agreement mediated by Turkey and the UN. We underscore the importance of all relevant parties implementing the agreement in full, on time and on an ongoing basis.”

The declaration, which includes decisions on global monetary policy, said G20 central banks are determined to ensure price stability in line with their objectives and closely monitor price pressures on inflation expectations will continue to adjust. In a declaration that draws attention to the climate crisis affecting the whole world, as well as geopolitical, energy and inflationary crises, the declaration calls for more climate finance and says: “We call on developed countries to mobilize the $100 billion in annual funding they have committed to to provide from 2020 to reduce the effects of climate change.” The declaration noted that they were deeply concerned about current developments in global food security and committed to taking urgent action, especially for vulnerable countries.

“Today should not be a century of war”

Noting that it is important to uphold a multilateral system that upholds international law, peace and stability, the declaration states: “This includes upholding the principles of the United Nations Charter and international human rights law, including the protection of civilians and infrastructure within the armed forces.” . conflicts. Threat or use of nuclear weapons, “Peaceful conflict resolution, continued diplomacy and dialogue are vital. Today’s century should not be a century of war.” The declaration indicated that many members condemned the war in Ukraine and said that the war had caused humanitarian suffering and exacerbated existing vulnerabilities in the global economy, and stated: “The war is holding back growth, increasing inflation, disrupting supply chains, aggravating energy.” and food insecurity, and financial stability. “There are different views and assessments regarding the situation and sanctions. Although we state that the G20 is not a forum for addressing security issues, we understand that security issues can have important implications for the global economy. .”

News of the meeting between Biden and Xi before the G20 summit. ...