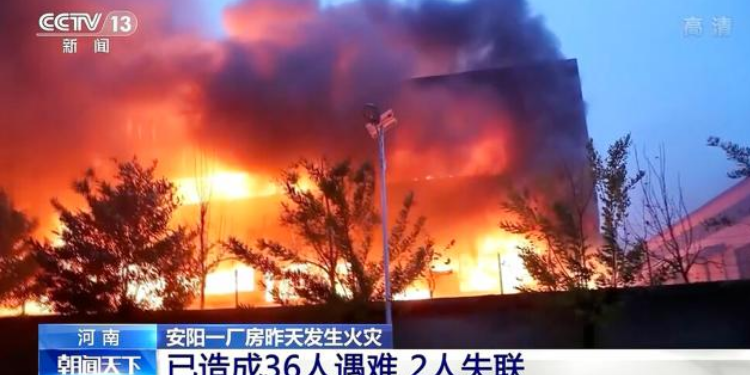 36 people died in a fire that broke out at a factory in the city of Anyang in China’s Henan province.

A fire broke out in the High Tech Zone in Anyang, China. According to local media, 63 fire engines were sent to the area on Monday afternoon to start the fire.

If at 20:00 local time the fire was localized, then at 23:00 it was completely extinguished. According to CCTV, 36 people died on Tuesday morning and two were taken to hospital with minor injuries.

On the other hand, the bodies of two people on fire have not yet been found.

China: “US should listen more to rational voices” – WORLD