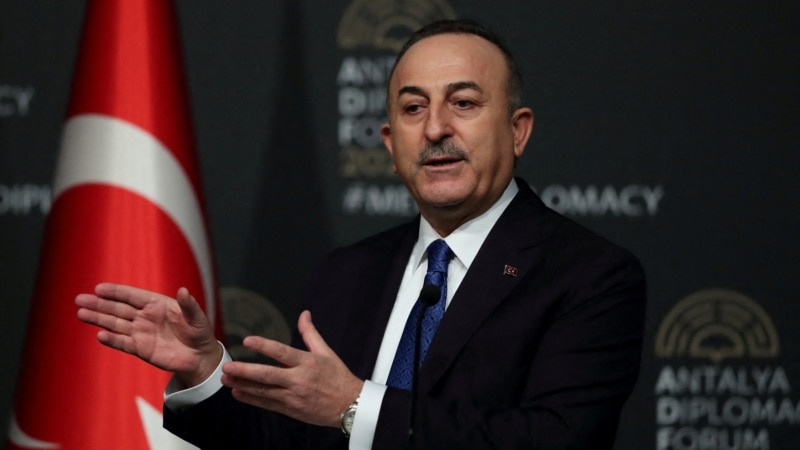 Turkey is reacting strongly to Greek military exercises on some islands in the Aegean, including islands like Rhodes and Lesbos.

Foreign Minister Mevlut Cavusoglu said at a joint press conference following a meeting with Romanian Foreign Minister Bogdan Aurescu, who visited Ankara today: “Greece must not forget this; He who sows the wind reaps the whirlwind.”

Stressing that Greece violated the Lausanne and Paris Peace Accords of 1923 with military exercises, Cavusoglu said: “A Greece that violates these agreements violates the peace. If Greece does not renounce this violation, their sovereignty will be discussed,” he said.

Declaring that Turkey will not remain silent about violating the status of the disarmed islands, Cavusoglu said:

“Either Greece will take a step back on this issue and abide by these agreements, or we will do what is necessary. We cannot remain silent and insensitive to these threats against us. It is Greece that does not want peace and does not comply with the agreements. We will continue to take the necessary steps, especially the UN. We will take every precaution. Greece must not forget this; He who sows the wind reaps the whirlwind. If he doesn’t want peace, we’ll do what’s necessary one night out of the blue.”

Cavusoglu responded to a question about negotiations to approve Sweden and Finland’s membership in NATO, stating that Turkey has always supported NATO enlargement and that, in accordance with the tripartite agreement signed in Madrid, some positive steps have been taken with the new Swedish government. .

Drawing attention to the importance of the Finnish Defense Minister’s visit to Ankara this week, Cavusoglu said: “Because there has not yet been a statement from Finland to lift the arms embargo against Turkey. We expect such a statement from them,” he said.

“The terrorist extradited from Sweden was not on this list”

Stating that Sweden and Finland make no difference in terms of approving NATO membership, the foreign minister said: “But we have relatively fewer problems with Finland. Sweden has yet to take concrete steps. It’s like financing terrorism, freezing terrorist assets and extraditing criminals to Turkey,” he said.

Cavusoglu said that the terrorist recently extradited to Turkey from Sweden is not on the list: “It doesn’t matter if he is on the list or not. Our demands, such as the extradition of people on the list to Turkey and the freezing of the assets of those who are there, are serious demands. We must be confident in the steps taken by the Turkish Grand National Assembly, our people and our nation.”

Sweden and Finland applied to join NATO in May after Russia’s invasion of Ukraine, but faced opposition from Turkey.

Turkey has not approved their applications to join NATO, accusing both countries of harboring terrorists from the PKK and other groups.

The application of Finland and Sweden to join NATO has so far been approved by 28 of NATO’s 30 members. Hungary is expected to ratify the membership of Sweden and Finland in February.