For the first time in Turkey, the company launched a practice 4 days a week 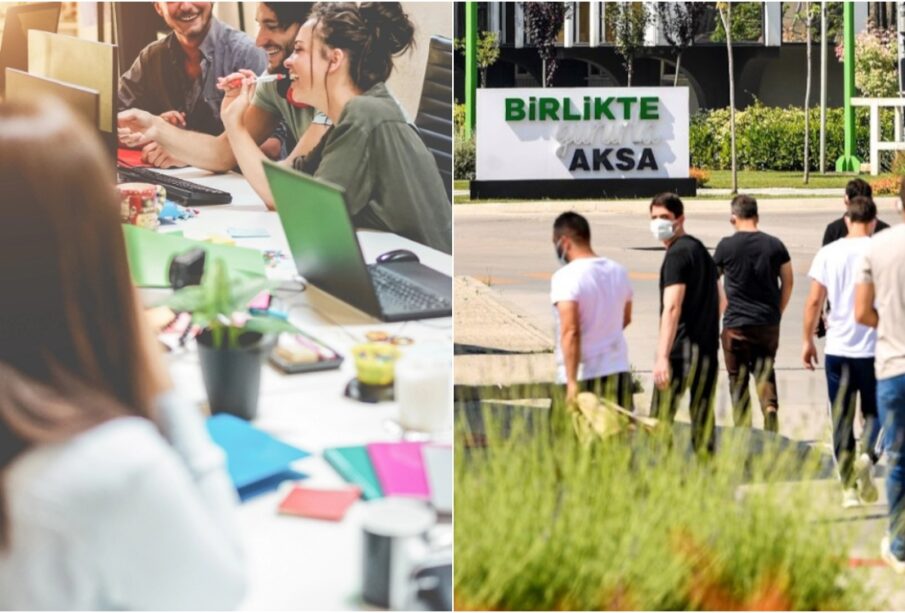 The Covid-19 pandemic that has erupted in the past few years has significantly affected people’s lives in many different ways. Of course, one of the areas affected by the pandemic has become business life. During the pandemic, many companies and institutions have adopted a system of remote work, and this new business model has generated important discussions. Today, while the devastating effects of the pandemic appear to have subsided, the debate about new working models continues. Recently, some companies, especially in European countries, announced that they have launched a pilot application and started working 4 days a week, bringing discussions to a new dimension. In the subsequent period, some companies introduced the 4-day practice on an ongoing basis. Many people have stated that this new work model will increase employee productivity and productivity. Of course, there were those who were skeptical about the new working model…

While discussions about this new working model are ongoing around the world, for the first time in Turkey. Aksa Akrilik announced that it has started working 4 days a week. Let’s take a look at the details of the application, which is an extremely important and exciting step for business life in Turkey.

The 4 days a week model has been practiced for some time in some European countries such as Spain, England, the Netherlands, Belgium, Sweden, Denmark and Iceland.

However, the origins of this revolutionary practice in working life are not very old. In recent months, companies in some European countries have implemented pilot applications for 4 days a week. On the other hand, these companies announced that after the pilot implementation, the practice of working 4 days a week was introduced permanently.

According to the data received on the new work order, working 4 days a week has a positive effect on the physical and psychological health of workers.

For this reason, the productivity and productivity of employees also increase. Of course, with the new working model, the profitability of companies where the application is being implemented is noticeably increased. In addition, employees have a significantly increased sense of belonging to the company and their satisfaction with their work. However, there are those who believe that the practice of working 4 days a week is not an effective business model. It takes a little more time to figure out if this new working model is really functional.

However, this practice is being adopted by some companies outside of Europe. There are companies known to operate 4 days a week, especially in some countries such as the US and Japan. Recently, Turkey has joined the countries where the operating mode is 4 days a week!

Aksa Akrilik, a fiber company, announced the introduction of a 4-day-a-week practice.

This is stated in the message of the company in the social network.As Aksa Acrylic, we are proud to announce that we have implemented the 4 days a week practice, which will be implemented for the first time by a corporate company in Turkey!‘ was stated.

Aksa Acrylic Board Member and CEO Cengiz Tash announced that the pilot application will run from January 1 to March 31.

This is stated in a statement by Stone.According to research, new work systems aimed at balancing work and personal life have significantly increased productivity and efficiency, as well as a positive impact on employee satisfaction. Many countries in Europe announced that they have achieved very positive results in both employee satisfaction and business results due to their flexible work options. In this context, we will set an example for the business world by trying a working system 4 days a week for 3 months.made statements.

According to the new model implemented by Aksa Acrylic, 200 employees will work 4 days a week.

Cengiz Tash on the four-day work model per week “We will announce results after our implementation, which will be tailored to the approximately 200 of our 1,450 employees who are not on overtime wages. We will measure the performance of our employees within the application in accordance with business results and goals.‘ made a statement. In addition, Aksa Akrilik emphasized that there will be no changes in salaries, additional benefits and overtime pay for employees under a 4-day work model per week.

Attacker in Paris to be arrested for ‘racist murder’ Latest news and ...

When the quarantine was lifted, the Chinese rushed to foreign travel – ...