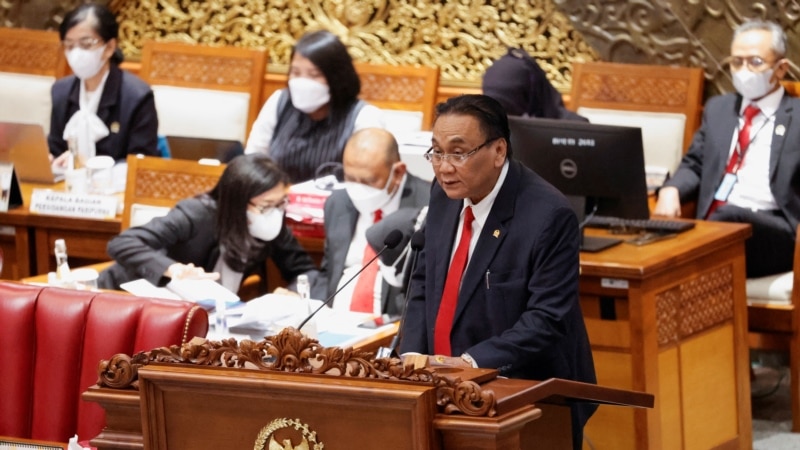 Indonesia’s parliament approved a new penal code punishing extramarital affairs for up to one year in prison. There are fears that the new law will scare away tourists and hurt investment in Indonesia.

The new law, which applies to both Indonesians and foreigners, also bans unmarried couples from living together. The law also prohibits insulting the president or state institutions, spreading ideas that are contrary to state ideology, and organizing unauthorized protests.

The new laws were passed in the Indonesian Parliament with the support of all political parties.

However, the new law will not enter into force for 3 years to allow time for the development of a draft implementation of the restrictions.

Adultery is prohibited by current Indonesian law, but premarital sex is illegal.

Maulana Yusran, vice chairman of Indonesia’s tourism sector, says the new law is doing “full damage” as the economy and tourism begin to recover from the pandemic.

Yusran said: “We deeply regret that the government turned a blind eye to this. We have conveyed to the Ministry of Tourism our concerns about how harmful this new law is.”

By 2025, the number of foreigners traveling to Bali, one of the favorites of Indonesian tourism, is expected to reach pre-pandemic levels. Before the pandemic, 6 million tourists traveled to Bali annually.

Speaking at an investment summit, US Ambassador to Indonesia Sung Kim said the new law would mean a reduction in foreign investment, tourism and travel to Indonesia.

“The criminalization of the personal decisions of individuals can be a deciding factor for many companies trying to decide whether to invest in Indonesia,” said Ambassador Kim.

Indonesian justice ministry spokesman Albert Aries said the new morality laws will be limited to those who can report, only close relatives such as mother, father, spouse or child can report.

“The goal is to protect the institution of marriage and Indonesian values, as well as to protect the privacy of society and abolish the rights of the public or other third parties who ‘judge’ and whistle in the name of morality.” Aries said.

The new laws are part of a series of legislative changes that have been criticized for restricting civil rights in Indonesia, the world’s third-largest democracy. For example, another law forbids witchcraft.

The new laws were condemned in newspaper editorials. The Koran Tempo newspaper noted that the laws have an “authoritarian” vibe, while the Jakarta Post said they have “very serious concerns” about the implementation of the laws.

The adoption of the Criminal Code, which has been worked on for decades, is considered by the drafters of the law to be a necessary norm for getting rid of the remnants of the colonial period.

“The old penal code belonged to the Dutch heritage and is no longer in force today,” said Bamband Wourianto, chairman of the parliamentary commission to reform the penal code.

Opponents of the new law point to the restrictive clauses on free speech and call them a “gigantic step backwards” from democratic rights and freedoms achieved after the overthrow of authoritarian leader Suharto in 1998.

In response to the criticism, Indonesian Minister of Justice and Human Rights Yasonna Laoli told Parliament, “It is not easy to draft a penal law that will cover all interests in a multicultural and multiethnic country.”

Experts said that the inclusion of a customary article in the Criminal Code could lead to discriminatory and sharia-based local regulations, which posed a threat, especially to LGBT people.

Biwitri Susanti of Jentera Law School in Indonesia pointed to local regulations that impose curfews on women in some regions, targeting people of other sexual orientations and those identified as “deviant”, and said: “Regulations that are not in line with the principles of rights person. in conservative areas will be introduced”.

The new laws provide for lighter penalties for those accused of corruption.

The new morality provisions in Indonesian criminal law have been relaxed from the previous version. Accordingly, only a spouse, mother, father, or child may report premarital sex or adultery.

The Indonesian government planned to make changes to the colonial penal code in 2019, but the move sparked protests across the country.

Presidential elections will be held in Indonesia in early 2024. President Joko Widodo has urged parliament to pass a new penal code before the political climate escalates ahead of the elections.

The reaction of the population to the new laws is still limited to small protests in the capital yesterday and today.

“We have provided refugees with 10 billion euros in support” news. ...