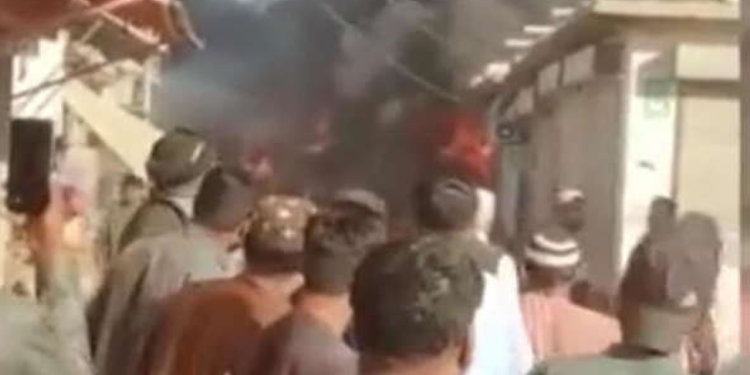 A gas cylinder exploded in a market in the Lasbella district of Balochistan province in southwestern Pakistan. According to Pakistani media, Lasbela’s deputy commissioner Murad Khan Qasi said that at least 12 people were killed and 13 people were injured in his statement about the explosion.

On the other hand, Kasi said that while the fire, which broke out with the force of the explosion, spread to a nearby market, other cylinders exploded, adding that 4 stores and 12 parked cars were also burned.