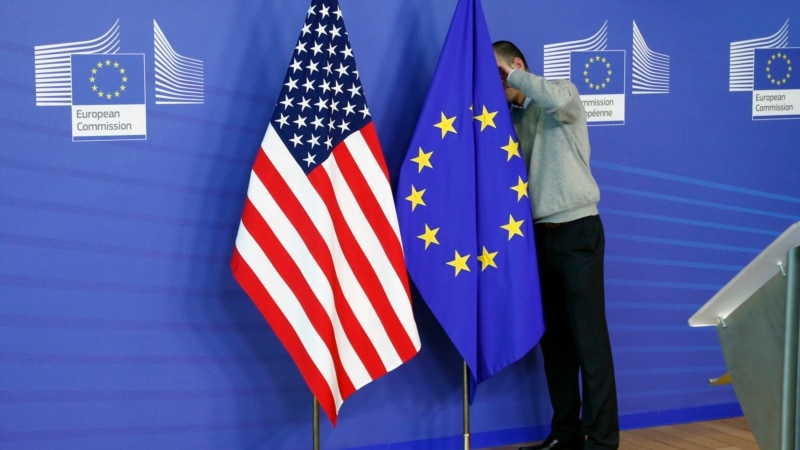 PARIS. The €400 billion “Inflation Reduction Act (IRA)” introduced by the Biden administration to protect American industry and consumers has sparked deep debate at a summit of EU leaders.

With EU heads of state and government divided on how to respond to a US plan to appease industrialists who feared losing their strong competitiveness, the European Commission was tasked with drawing up a “plan of action.”

The leaders decided to meet again at an extraordinary summit on February 9-10 to discuss the issue.

Meeting at this year’s latest summit in Brussels, EU leaders discussed measures to be taken to boost the competitiveness of European industry, which has been eroded by rising oil prices.

At the summit, an 18 billion euro aid package will be given to Ukraine in 2023, where Hungarian Prime Minister Viktor Orban lifted his veto in exchange for opening EU aid to his country, a 15 percent tax will be imposed on international companies. the 9th package of sanctions against Russia was also discussed.

The leaders who agreed on aid to Ukraine and a sanctions package against Russia have again failed to agree on the “natural gas price ceiling” that has been talked about for months.

The unexpected topic of the meeting, which was not on the agenda, was the “Cathargate scandal”, which broke out in the European Parliament and feared that it would present unexpected material to anti-Europeans a year and a half before the European elections in 2024.

US plan puts Europe in trouble

The huge support given by US President Joe Biden to the American green industry, especially the electric vehicle sector, puts European companies in a difficult position.

During his visit to Washington earlier this month, French President Emmanuel Macron asked President Biden “to introduce various exemptions for European companies, as he did for Canada and Mexico.”

President Biden also said that their goal is to support green industry, that they are not targeting European companies, and that they will think about this issue.

European industrialists warned leaders ahead of the summit that they would have to move their production to the US unless action was taken in this regard. At the summit, leaders criticized ally the United States for “decision to go it alone with a massive subsidy plan” and agreed on a joint response. However, in the debate about how Europe should respond, there were different points of view.

Demand to “continue dialogue with Washington”

Powerful auto-industry countries such as France and Italy have demanded a “new joint loan” from the EU to keep European industry from shutting down. Many Member States called for more aid to European industry and more flexible application of state aid rules.

The thrifty, led by Germany, opposed the idea of ​​a new joint loan and demanded further analysis of the situation and continued dialogue with Washington.

“We will work to expand the scope of government assistance in hydrogen energy, batteries and even security and defense to simplify and speed up regulations to make life easier for industrial companies so that governments can better support economic instruments and help strategic sectors. such as the green economy,” said European Commission President Charles Michel.

Some countries, such as Germany, with strong economies within the EU, have the means to heavily subsidize their industries. However, Italy, Greece, Spain and even France are worried that they cannot fight the unfair competitive conditions created by the US subsidy plan.

These countries want Europe to take “solidarity measures” to overcome these differences. “The American IRA is 2% of GDP. We need to make a comparable effort,” French President Macron said.

But Berlin, The Hague and Stockholm continued to oppose the new European financial instrument, arguing that there were still unused funds in the community budget and rescue plan that could be mobilized and should be used first.

After discussions, the leaders instructed the Commission to present a set of proposals by the end of January “to protect the economic, industrial and technological base of Europe.” The leaders decided to discuss this issue at an extraordinary summit to be held February 9-10.

EU leaders also discussed an 18 billion euro aid package promised to Kyiv for 2023 after Hungarian Prime Minister Viktor Orban lifted his veto. EU leaders who came to the meeting thinking they had resolved the veto crisis with Orban faced a veto from Poland, which objected to “the taxation of international companies with the help of Ukraine being discussed in one package” during the summit. .

Poland also demanded further tightening of the sanctions package against Russia. Addressing the leaders with a video message at the entrance to the meeting, Ukrainian President Volodymyr Zelensky openly warned the veto leaders with the words: “The fight for peace in Ukraine and throughout Europe should not be wasted on misunderstandings between several countries.” Poland agreed to lift the veto at the afternoon session of the summit.

9th package of sanctions against Russia

The meeting also discussed the 9th package of European sanctions imposed on Russia. The leaders of many member countries, especially France and Germany, demanded “exemption from fertilizer exports”, believing that this increases the risk of famine in Africa.

However, Poland and Lithuania have rejected exemptions for the agri-food sector and fertilizers, saying the exemptions would mean “gifts to some oligarchs.”

After discussion, Warsaw and Vilnius withdrew their objections, stating that they did not want to be held responsible for the famine in African countries; The 9th package of sanctions, which provides for “new restrictive measures against about 200 institutions and individuals, including Russian ministers and State Duma deputies, a ban on the export of drones to Russia, the blacklisting of 3 more banks and the introduction of new restrictions in the mining industry,” was adopted.

The summit’s “violator” was the Cathargate Scandal, the biggest bribery scandal in its history, which erupted last week in the European Parliament.

The scandal involving some elected and former European elected officials, including Greek MP Eva Kaili, was discussed at the leaders’ summit for more than an hour. European Parliament President Roberta Metsola, who attended the summit, spoke of “the reform process he plans to implement to strengthen lobby control and fight corruption” on an issue that has rocked the European Parliament and other EU institutions for a week.

Parliament and the Commission are proposing the creation of an interdepartmental “ethics committee” to monitor lobbying activities. However, the Council of Europe is concerned about the disadvantages of creating a joint division of the three institutions.

“Let me point out that the information we have received from Belgian officials shows that there are strong suspicions that people associated with autocratic governments are trading in influence in a way that we suspect is intended to control our processes. ”, said Metsola, President of the European Parliament. The leaders who spoke noted that the incident clearly tarnished Europe’s image and expressed their support for Metsola and the Brussels judiciary. Belgian Prime Minister Alexandre De Croo gave details of the ongoing investigation. Italian Prime Minister Giorgia Meloni also said he had instructed Italian institutions to shed light on the incident involving Italian defendants.

The most important issue that could not be agreed upon at the summit was the issue of “setting a ceiling price for natural gas”, which the leaders discussed for months, but could not reach a consensus. The EU Commission has proposed limiting natural gas prices to 160-200 euros. At the summit, German Chancellor Olaf Scholz remained the leader most opposed to the price cap.

Scholz fears that this will jeopardize the security of supply. Fifteen countries, including Belgium and France, have again called for capping gas prices to stop the energy crisis. When no consensus was reached, the issue was referred to the Council of EU Energy Ministers, which will meet on 19 December.

European leaders are also expected to give new impetus to a joint gas purchase plan to cut off supplies from Russia. The final EU declaration states: “The 27 EU countries want to continue to use their collective bargaining power to make joint purchases of gas from next year to create strategic reserves. European countries also plan to conclude long-term contracts together for the winter of 2023/2024. .”

Twitter has blocked the accounts of many journalists, including a Voice of ...

The EU officially approved the candidate status of Bosnia and Herzegovina. ...