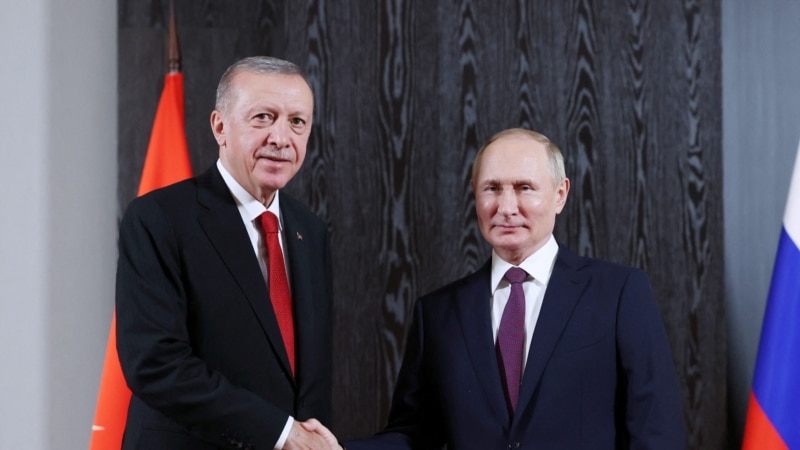 During the meeting, Erdogan demanded that the PKK/PYD/YPG terrorist organization be cleared from the Turkish border areas, especially Tel Rifat and Manbij.

A statement from the Presidential Communications Office regarding the meeting discussed Turkish-Russian relations, especially energy, and regional issues, including the Russian-Ukrainian war and Syria.

At the meeting, President Erdogan stated that they have strengthened and continue to strengthen the infrastructure to establish a natural gas center in Turkey, and stated that they are committed to finalizing the roadmap and taking concrete steps to implement it as soon as possible.

Noting that they had witnessed the positive results of negotiations on the Russian-Ukrainian war in the grain corridor, the exchange of prisoners and initiatives to create a safe zone around the Zaporozhye nuclear power plant, Erdogan said that “calls for peace and negotiations must be backed up by a unilateral ceasefire.” declaration and vision of a just solution”.

Stressing that “concrete steps must now be taken to clear the PKK/PYD/YPG terrorist organization in the Turkish border areas, especially in Tel Rifat and Manbij,” President Erdogan said that the regime must be constructive and take some steps in the political process. in order to achieve concrete results in Syria. it is stated that this must be implemented.

Will the period of assistance to Syria be extended? News. ...

EU countries have agreed on coordinated measures for passengers from China. ...