Donald Trump will run for a second term! 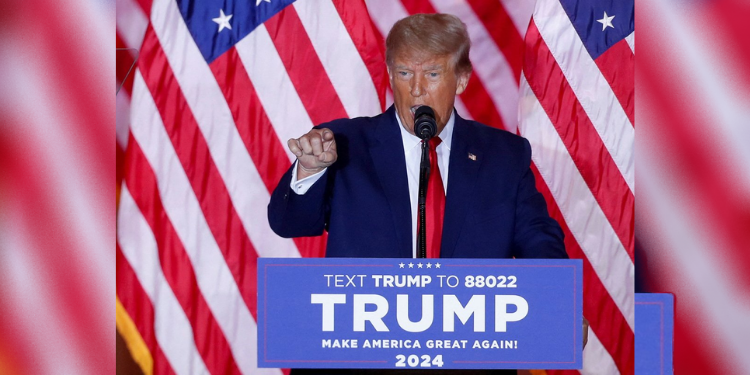 Former US President Donald Trump announced his candidacy in the 2024 presidential election.

Former US President Donald Trump officially announced his candidacy in the 2024 presidential election. “The return of America begins now,” Trump said at his Mar-a-Lago mansion in Palm Beach, Florida. In nominating his candidacy with the following statements, Trump emphasized that the economy has improved at an unprecedented pace during his tenure, and that China, Russia, Iran, and North Korea respect the United States, especially himself, in foreign policy.

In his nomination statement, Trump used the following statements:

“In a long time, decades without a war, I was the first president to do this in such a long time. The world was at peace. America was prospering, and our country was on its way to a glorious future. Because I made big promises to the American people and, unlike other presidents, I kept my promises. Under our leadership, we have been a great and glorious nation. It was something you haven’t heard in a long time.”

“THIS FALL IS NOT FATE!”

“If I were president, Ukraine (the crisis) would never have happened,” Trump said, harshly criticizing Biden’s foreign policy, “but we are here tonight to say that this should not be so. Two years ago we were a great nation and soon we will be a great nation again. The collapse of America is imposed on us by Biden and left-wing freaks who overthrow our government. This fall is not fate. said.

6 signs that the job is fake