Developed countries use child labor the most in the supply chain. Last Minute WORLD, CURRENT headlines and events 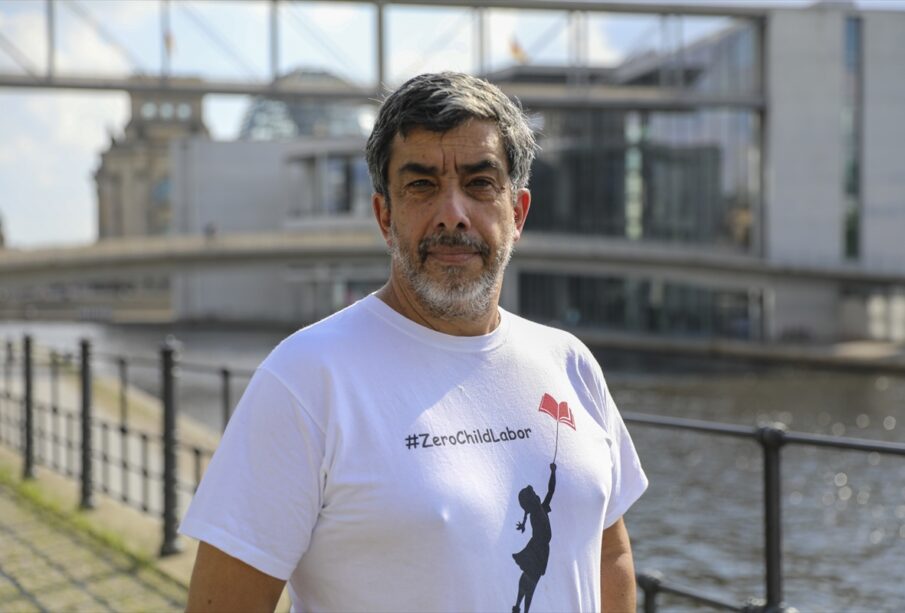 While almost one in ten children worldwide is involved in child labor, it is argued that the largest beneficiaries of this labor in the global supply chain are developed countries such as the US, Japan, Norway and Switzerland, especially the European Union.

According to the latest report from the International Labor Organization (ILO) and the United Nations Children’s Fund (UNICEF), published on June 10, 2021, the number of children working around the world has increased in recent years to reach 160 million.

A study released by the University of Zurich on 14 September 2022 found that more than 373 million children around the world are working instead of playing. This corresponds to the third largest country in the world by population after China and India.

According to official figures, while almost one in ten children worldwide works as a child worker, this figure could rise to one in every 5 children in underdeveloped countries. Some of these children work in dangerous jobs that can harm their health, safety and morals.

The ILO and UNICEF warn that 9 million more children are at risk due to the COVID-19 outbreak.

While companies are trying to cut costs to increase their profits, “child labor” is gaining attention in the supply chains of all developed countries.

Experts say the biggest financial gains from suffering and child labor in rural communities that produce coffee, cocoa and many other products are the European Union’s (EU) largest economies.

While countries like Switzerland and Germany are opening up every opportunity for their “country kids”, there are more children working in the coffee, tea and cocoa supply chains than in all Swiss and German schools.

Millions of children work in Swiss supply chains for minerals, including gold and diamonds.

70% of child laborers work in the agricultural sector. It is followed by services with 20 percent and industrial sectors with 10 percent.

Child labor puts children at risk of physical and mental harm, endangers their education, limits their rights and limits their future opportunities. It also causes poverty and child labor to persist from generation to generation.

Human rights activist Fernando Morales de la Cruz, who works to eliminate child labor in the supply chains of all companies and advanced economies, took stock of global child labor on the occasion of World Children’s Day on 20 November.

Morales de la Cruz recalled that today marks the 74th anniversary of the adoption of the Universal Declaration of Human Rights and stated that, despite the fact that children’s rights are considered within the framework of human rights, there are more than 300 million working children in the world.

Pointing out that child labor harms the physical, psychological or emotional development of children, Morales de la Cruz said: “And so these 300 million children suffer greatly.” he said.

Morales de la Cruz said that child labor has increased in the supply chains of developed countries such as the US, Canada, Japan, Norway and Switzerland, especially in the EU, and stressed that it was produced due to illegal business models.

“They do not respect the rights of children, who are the weakest link in their supply chain”

Morales de la Cruz argued that developed countries and companies in those countries are the biggest beneficiaries of child labor and continued:

“We can talk about tens of millions of children working in the supply chain of the European Union and the United States, and the same is true for Norway and Switzerland. This is a very serious problem. Because these countries need a system based on the rule of law and respect for human rights. If look at it, they don’t respect the rights of children who are the weakest link.

I always ask leading German politicians to do everything possible to stop this. But the truth is, when you look at goods imported by Germany, we can start with coffee and tea and then continue with cotton. We can also continue to produce cobalt for electric vehicles and batteries. There are many children working in these supply chains. And why because they pay producers a share of the actual cost of production. And this needs to end.

That’s why I’m asking governments and companies to work on business models and develop models that remove child labor from their supply chains. Of course, there are many countries where they buy a lot of products and always try to make them cheaper. This cannot continue because it means more child labor and also more slavery. Unfortunately, there are many countries in Asia where extreme poverty is a very serious problem, such as India, Pakistan and Bangladesh.”

Declaring that Asia has the largest proportion of the world’s population, Morales de la Cruz said:

“Asia is a major exporter of products to Europe and the US. Therefore, when we look at the goods imported by these countries, we see child and even forced labor there. Therefore, the governments of developed countries really need to ensure that companies comply with the law. Also in order for the state today to protect the rights of working children and even slaves. I wrote a letter to the leaders of the G7 Leaders Summit hosted by Germany at Elmau Palace in Bavaria to commit to eradicate forced and child labor.

In fact, the leaders of the G7 made a commitment in Elmau. The challenge now will be to see if they will translate their commitments into reality. Many products are imported from major European ports such as Antwerp, Rotterdam, Bremen, Hamburg. And if you look at them, you will see billions of euro worth of goods produced by child and forced labor. And this should not be. They need to put an end to this. It is very difficult to find products that are not related to child labor in supermarkets or retail stores. Even luxury brands, even gold and diamond jewelry, are stained by child labor. The problem of child labor is not limited to cheap products.”

News of the agreement “European fighter of the future” in five questions. ...