Decision on the “damage fund” at the climate summit 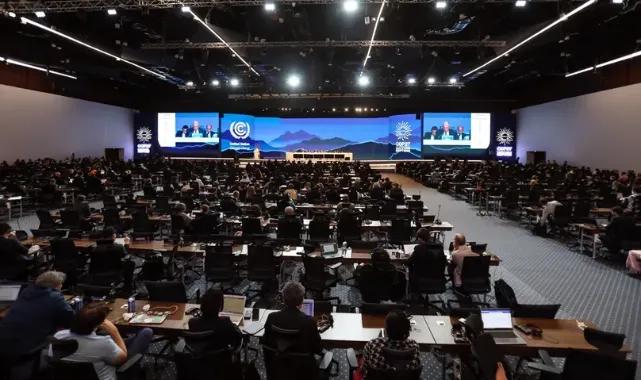 Climate summit ‘damage fund’ decision At the United Nations (UN) climate summit that ended yesterday, an agreement was reached to establish a fund to compensate poor countries for the catastrophic damage caused by climate change. However, many participants criticized that targets to combat emissions that cause climate change could not be further achieved. The agreement has been hailed as a victory in overcoming the devastating effects of global warming on fragile economies. However, many countries have said they are under pressure to compromise their commitments to limit global temperature rise to 1.5 degrees Celsius so that a fund can be set up to cover losses and damages. The Loss and Damage Fund was hailed as a diplomatic victory for small island countries and other countries with fragile economies, agreed to by the 27 members of the European Union and the United States. The EU and US have long opposed the fund, fearing they will be held legally liable because of their past greenhouse gas emissions. The text of the agreement stated that instead of depending on rich countries to create a fund, various resources, including financial institutions, would be used, allaying the fears of Western countries. It is expected that the implementation of the fund will take several years, since the agreement contains only a plan for managing the fund, to whom and how the money will be distributed. Targets for greenhouse gases and fossil fuels have been criticized. On the other hand, many member states have criticized that the agreement does not promote practices aimed at reducing greenhouse gas emissions and the use of fossil fuels, and even regresses the goals of the climate agreement reached in Glasgow. “We had to fight hard to keep the line we took in Glasgow,” said Alok Sharma, one of the sponsors of the Glasgow agreement. Sharma summarized that during the negotiations in Egypt, practices that would undermine the ability of countries to fight climate change were abandoned as follows: “What science tells us, emissions should peak before 2025? It is not in this text. what are the steps to stop using coal? Not in this text. . A clear goal is to end the use of fossil fuels? Not in this text. The COP27 agreement has much in common with the goals of the Glasgow Fossil Fuels Agreement, calling on all parties to “reduce the uncontrolled use of coal and phase out inefficient fossil fuel analogues”.

Interest rates in China have not changed – WORLD